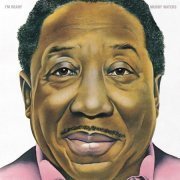 The songs recorded for I'm Ready offer a mix of new material and vintage hit singles like the title cut, the mid-'60s jewel Screamin' and Cryin', or the Willie Dixon-penned I'm Your Hoochie Coochie Man. For new listeners trying to get a feel of what the blues is all about, I'm Ready is the perfect place to start. Once you experience a taste of Muddy Waters, you'll be ready for more. "Judging by the gatefold black and white photo,everyone had a great time making the album. You’ll have as good a time listening. The sound is quite three-dimensional, with a pronounced but pleasant presence region peak that ads a needed rough edge to the proceedings.

The stage is relatively compact and very coherent with plenty of old fashioned mike leakage that helps to create a “live” sound in an era of isolation booth multi-track mono productions. Producer Winter and engineer Still knew the sound they were going for and they got it!" -

At the end of his storied career, the great Chicago blues man, Muddy Waters, had one last period of resurgence. He made a trilogy of albums produced by Johnny Winter-Hard Again, I’m Ready, and King Bee. Winters’ formula was fairly straight forward-surround Muddy with his touring band and add some special guests to light his fire-while recording a mixture of hit singles with new material. Then let Muddy cut loose and burn down some electric Chicago blues. It was a winning combination and you can sense the joy that Muddy felt in his bantering between songs. His last hurrah was a barnburner.

Pure Pleasure has picked the middle session of the trilogy-I’m Ready- as ripe for audiophile remastering in 180 gram vinyl. Ray Staff has done a brilliant job remastering this album as the electric guitars bent notes sizzle and Muddy’s strutting vocals growl with passion. Guests Big Walter Horton and Jimmy Rogers spur Waters to new heights.  Pianist Pine Top Perkins, still going strong today in his 90s, was cooking 30 years ago, and Johnny Winter must have had a blast playing slide guitar on Who Do You Trust. Screamin’ and Cryin’ and I’m Your Hoochie Coochie Man were vintage Waters and still cooked even at the end of the fabled Mr. Waters’ career.

Newer material such as Who Do You Trust and 33 Years clearly inspired Muddy and make a nice segue from classics like Rock Me, and Good Morning Little School Girl.  Muddy Waters passed away five years after I’m Ready and just two years post King Bee.  Born in 1915, the inimitable Muddy Waters was a monster blues man till the end. Thanks to Pure Pleasure Records, are YOU ready for I’m Ready?

"Waters tested this ["Hoochie Coochie Man"] out at the Chicago blues club Zanzibar.

Dixon gave him some advice: 'Well, just get a little rhythm pattern,' he said. 'Do the same thing over again, y'know.' Waters cut it a couple of weeks later, with Dixon on bass." - Rolling Stone 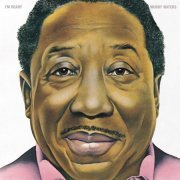