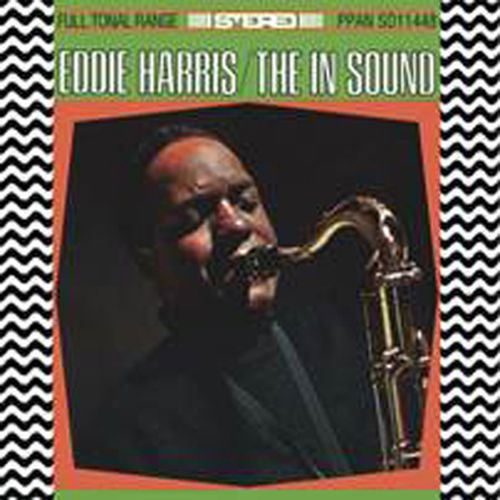 Pure Pleasure Records has done a superb job in re-mastering The In Sound to 180-gram vinyl. The stereo separation is potent. With good headphones, the listener can appreciate the higher fidelity of mid-60’s recording. Sound 4.5/5 Audiophileaudition

For many years now, the UK-based Pure Pleasure label has been been serving the vinyl lovers' community with it's 100 per cent analogue reissues of classic albums. The material in the rich and varied the new version of Eddie Harris '1966 breakout album is no exception - the vinyl is quiet and flat, and Ray Staff at Air Mastering in London has done a superb job with the original tapes, producing an LP that more than holds its own against a first-press Atlantic copy and which projects the musicians into your listening room with the appropriate warmth and detail. Jazzwise

This is one of Eddie Harris' great records. The playing is inspired! What a band! Cedar Walton (piano) and Billy Higgins (drums), Lee Morgan's favourite rhythm section. The underrated but popular tenor saxophonist introduces his "Freedom Jazz Dance," which would become a jazz standard after featuring on Miles Davis' album Miles Smiles. Plays one of the earlier versions of "The Shadow of Your Smile," romps on "Love for Sale" and "'S Wonderful," and also performs "Born to Be Blue" and his own "Cryin' Blues." Harris is heard in prime form in a quartet/quintet with pianist Cedar Walton, bassist Ron Carter, drummer Billy Higgins, and part-time trumpeter Ray Codrington. A gem.

Native Chicagoan Eddie Harris was renowned for his inventive (and at times amplified electric Varitone) technique on tenor saxophone. Also skilled on vibraphone and piano, he began his career with Gene Ammons. Harris first garnered attention with a surprising jazz arrangement of Ernest Gold’s Exodus film theme. In 1965, he reaffirmed his bop credentials and signed with Atlantic Records. His blend of soul, jazz and funk helped to define the contemporary jazz scene. Albums like The In Sound, The Electrifying Eddie Harris and many others over the next ten years solidified his eminence at Atlantic. In 1969, Harris joined Les McCann for an historic live set at the Montreux Jazz Festival. The exhilarating, unrehearsed set (released as Swiss  Movement) was nominated for a Grammy in 1970, and is widely considered to be a milestone in jazz lore. Harris would continue to record and perform for two more decades. His multi-faceted style and instrumental experimentation (the reed trumpet) defined a career that was cut short at the age of 62.

Pure Pleasure Records has released a re-mastered 180-gram vinyl of Harris’ breakthrough album, The In Sound. Six tracks of fluent, glowing jazz are distilled by Harris, Cedar Walton (piano), Ron Carter (bass) and Billy Higgins (drums). Additionally, trumpeter Ray Codrington appears on three cuts. Side A opens with Johnny Mandel’s haunting, “The Shadow Of Your Smile”. Perhaps as a follow up to the commercial success of ‘The Exodus Theme”, Harris and his quartet dispense with the Latin groove. In its place, is a swaying jazz tempo. Harris’ moody tonality is appealing. Like other cinematic themes, the melody construct lends itself to jazzy interpretation. After the first verse, Walton takes over for the chorus. His impeccable timing and notation carry into the second verse. Harris re-enters and amps up the intensity on the higher register. The brilliant rhythm section is nothing short of flawless. “Born To Be Blue” (written by Mel Torme) had been a jazz standard for 20 years, recorded by legends like Charlie Bird, Chet Baker and Dexter Gordon (among many others). Harris inhabits the wistful resonance with soulful lyricism. Subtle touches like a chord modulation and tempo shift keep things interesting. Harris manages to pump in grittiness at the right moments. Just when the album seems predictable, a re-worked, furious bop version of Cole Porter’s “Love For Sale” is startling. Codrington takes the first solo with crystalline urgency. Harris follows with equal hard-driving muscle, but the full-bodied tonality is a resonant counterpoint. Walton races along the keys, while Higgins’ drum fills are framed by Harris/Codrington bop-frenzied accents.

Side B sustains the creative arrangements. “Cryin’ Blues” was featured on Charles Mingus’ 1960 album, Blues & Roots. Here the translation is medium swing with a swaggering tenor lead. While the rhythm section initiates a bluesy underpinning, Harris cooks with occasionally piercing notes. Codrington breezes in with his precise elocution before handing it off to Walton. His piano swirls with chording and notation. Gershwin has long been a proponent of bringing jazz into the popular American songbook. “’S Wonderful” has been recorded by many jazz icons. The quartet employs a smart Latin groove with unflinching tempo. Harris is playful on sax with nimble lower-register. Walton demonstrates sprightly articulation with Harris’ vibrant counter. The finale (“Freedom Jazz Dance”) is 9:45 worth of musical history. Walton, Carter and Higgins lay down what may be the most hypnotic repeat vamp of all time. Both Harris and Codrington join for a unison lead. It feels like two different motifs intermingled into one soaring context. Codrington leads with bluesy, exotic integrity, then Walton slides in, playing against an adroit harmony by his fellow soloists. This piece helped to usher in the era of jazz rock with its relentless Bb7 basic chord that frees up the more improvisational play. In 1967, Miles Davis would record another great version of this cultural touchstone. 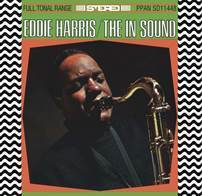 Audiophile Vinyl - Made in Germany  For over 60 years the family business in the third generation of the special personal service and quality "Made by Pallas" is known worldwide. Our custom PVC formulation produces consistently high pressing quality with the lowest surface noise in the industry. Our PVC complies with 2015 European environmental standards and does not contain toxic materials such as Lead, Cadmium or Toluene. Our vinyl is both audiophile and eco-grade!
Browse this category: JAZZ
Contact information
Eddie Harris - The In Sound - 180g LP - SCOTT NANGLE AUDIO
T&C's and Privacy Policy