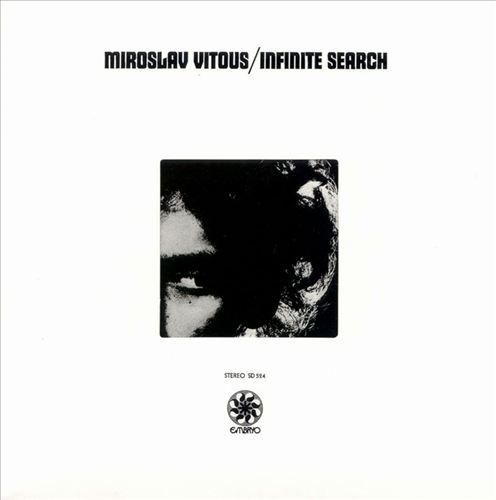 The mastering is pretty exciting on this LP. Vitous’ bass playing is both distinct, rhythmic and full of impact which oozes detail and energy while the almost angelic tenor sax from Joe Henderson seems to hover in the sky like an ominous UFO. I was impressed too with the improv technique of John McLaughlin, who darts into the gaps like a shoal of fish occupying every available sea space. Fans of more contemporary jazz releases will be very familiar with Vitouš as a recording artist for ECM. If you are, then this album will be an eye-opening glimpse into the man’s glittering past. A superb album.  Paul Rigby - Theaudiophileman

With John McLaughlin, Herbie Hancock, Joe Henderson, and Jack DeJohnette, this group rivaled the best fusion bands of the day. It must have been an intimidating challenge for a young Czech bassist to lead such a group on his debut album as a frontman, especially since he composed five of the six tracks. Recorded in late 1969, roughly the same time as the historic Bitches Brew, and the year before Vitous began a stint with the innovative Weather Report, this was trend-setting fusion. It's produced by Herbie Mann, for whom Vitous played on such albums as Memphis Underground and Stone Flute.

Miroslav's first album; superb even in the 21st century. If you are interested in finding out about the beginnings of "jazz-rock fusion" this record is absolutely crucial. DeJohnette and Mclaughlin both had something to prove at the time and it shows. Vitous had won a scholarship to Boston's Berklee school of music but on this evidence, he didn't need it at all and probably scared the heck out of the teaching staff before he left to go with Herbie Mann, the occasional Miles gig, and the album sessions with Shorter and Zawinul that led to Weather Report. A brilliant and influential debut from a prodigious talent; buy this one

Bassist Miroslav Vitous was only 22 years old when he recorded his debut album for Herbie Mann’s label, Embryo. Vitous was a part of Mann’s band at the time, and Herbie handled the production duties. Miroslav was a major young talent on the bass and was awarded a scholarship to the Berklee School of Music after being raised in what is now the Czech Republic. He immediately made a scene in New York working with major names including Freddie Hubbard, Clark Terry and Art Farmer.

Infinite Search made such a strong impression on the burgeoning jazz rock fusion community that Vitous was asked to be an original member of Weather Report. Quite the accomplishment for such a young player.

Infinite Search was an easy choice for an audiophile upgrade from PurePleasure on 180 gm vinyl. As an early jazz fusion issue from 1969, it featured a dream line-up of Joe Henderson, John McLaughlin, Herbie Hancock,and Jack DeJohnette. What is quite incredible for a grouping of this caliber is that Vitous, on acoustic bass, is clearly the leader. It would have been easy for him to just revel in the fact that he was among this group of fusion elite, content to soak in the talent of his esteemed mates. Not so, as he wrote five of the six tracks, and he gets nearly all the featured space.

On Eddie Harris’ “Freedom Jazz Dance” Miroslav takes right off propelled by DeJohnette, with Hancock percolating on electric piano. Not to be outdone, McLaughlin goes on a tear and Joe Henderson blows freely. “When Face Gets Pale” puts Vitous with the rhythm section only, and his bass chops are clearly prodigious.

The title track is introspective with McLaughlin supporting, and Herbie providing electric piano accents. Joe Henderson returns on “I Will Tell Him on You” and the sound stage opens before Miroslav again paints his palette of bass colors. For me the track goes on a bit too long, and some boredom sets in before the guitar solo section provides some more inspiration. My favorite track is the closer, “Epilogue” where Joe Chambers takes over the drum chair. It’s the most melodic number on the LP, quite ethereal with Hancock and Chambers setting a sonic cloud for Vitous to expand. Lovers of jazz fusion with rock sensibilities will find this reissue to be worth their consideration

Mountain In The Clouds

When Face Gets Pale

I Will Tell Him On You 3. Epilogue 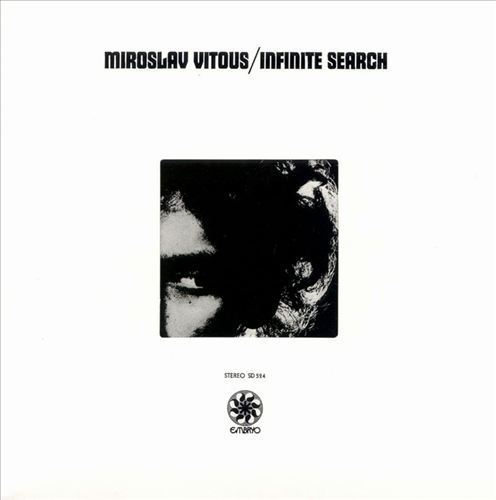