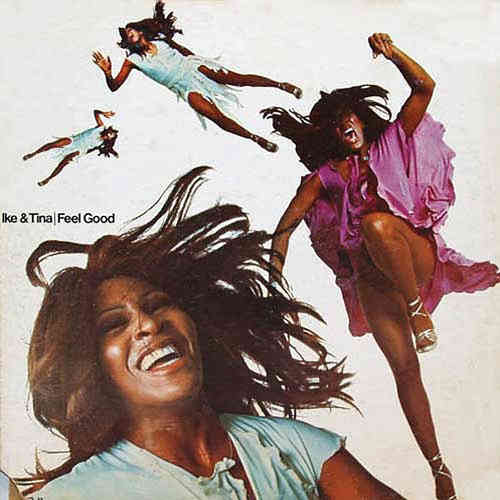 Feel Good is perhaps Ike & Tina's nastiest, funkiest masterpiece—the title says it all. And if that doesn't convince you, there's Tina's utter vocal abandon in "Kay Got Laid (Joe Got Paid)," and Ike's loose, spot-on guitar solo in "Feel Good." This one's a greasy groove from start to finish. No track runs longer than 3:30, and, significantly, Tina wrote every number except a brassy cover of the Beatles' "She Came in Through the Bathroom Window." The contrast between the front-cover shot of an exuberant Tina high-steppin' in a too-short dress and the scary back-cover shot of Ike ominously hidden in shadow gives more than a hint of what was afoot in their tumultuous personal life. The sound of this session has always been muddy and muted, but some notable sonic recoveries are preserved on this pressing: less low-end rumble, and a crisper high end, with such previously unheard details as a shaker in "You Better Think of Something." - Stereophile  Records To Die For

"Pure Pleasure has captured the vibrant raw energy of Ike & Tina Turner. The overall sound is edgy and has a live "feel". There is no attempt to smooth out Turner's vocals. The dense, brawny mix fits the instrumentation. This is the kind of music that comes alive on vinyl!" - Robbie Gerson, Audiophileaudition Sound 4/5 Stars!
Feel Good, not Superfly, is the sound of early-'70s pimping -- even when the tempo slows down, which happens rarely, it's for a slow blues grind, not a ballad, and songs like Tina's "Kay Got Laid (Joe Got Paid)" make no apologies for mythologizing pimps. This results in a supremely sleazy, utterly addictive record, one that's relentless in its rhythms and fearless in its funk as Ike lays down nasty rock & roll guitar -- check his solos on "Feel Good," where he's as elastic as rubber -- and Tina tears it up with pure, unbridled passion. Feel Good is quintessentially '70s -- the fuzztoned funk practically conjures up platform shoes and mile-wide collars -- but it doesn't belong to any one sound, it casually draws from Southern soul, James Brown funk, black pride, Superfly style and juke joint R&B, a sound that is uniquely identified with Ike & Tina. And while this contains no flat-out classics like "Nutbush City Limits" or "Proud Mary," as an album Feel Good undoubtedly ranks among their very best: it's a non-stop party.
The duo was inducted to the Rock & Roll Hall of Fame in 1991.
Recorded at Bolic Sound, March 1972
Selections:
Side One:
1. Chopper
2. Kay Got Laid (Joe Got Paid)
3. Feel Good
4. I Like It
5. If You Can Hully Gully (I Can Hully Gully Too)
Side Two:
1. Black Coffee
2. She Came In Through The Bathroom Window
3. If I Knew Then (What I Know Now)
4. You Better Think Of Something
5. Bolic 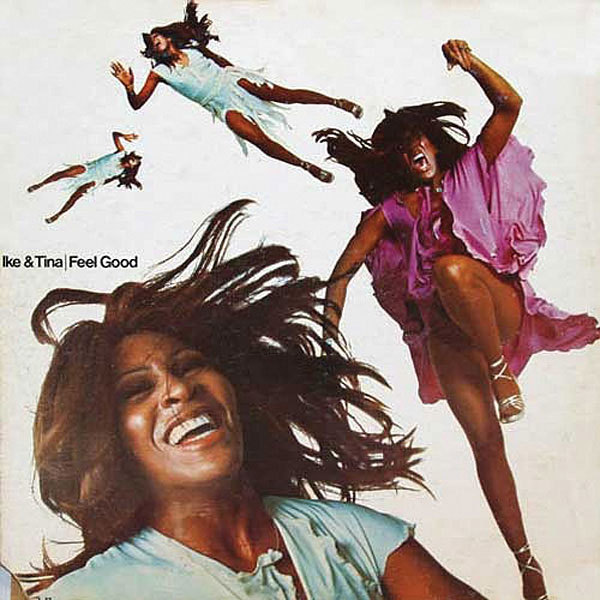