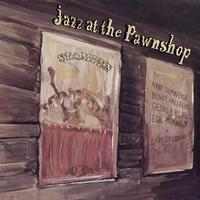 THE MOST FAMOUS AUDIOPHILE RECORD OF ALL TIME

Recorded in 1976, this audiophile classic sounds as astonishingly natural today as it did back then, only much better now given the improvements in modern analog playback gear.

The big question remains though, which is do you really want to hear Scandinavians playing second hand Trad jazz in a revitalized analog age where the great modern jazz artists are once again available on superb sounding reissues, many at 45rpm?

That’s a question only you can answer. However, there’s no question that this double LP set recorded live at Stockholm’s Pawnshop jazz club remains one of the great live recordings of the original analog era.

It’s also true that while the players are not the originators of the music, they are, for the most part, very good at what they do. What’s more, it’s also true that modern jazz is built upon the foundation that this rather tame stuff provided.

When they’re covering standards like “Limehouse Blues,” “Lady Be Good” and “How High the Moon,” the group is competent and you’ll be put into a pleasant lull enjoying the lush, full-bodied, three-dimensional sound. Just be warned that the version of Brubeck’s “Take Five” is so bad, you’ll not be able to sit through it. Fortunately it’s on side four, and you’re not likely to make it all the way there often.

So, if hearing clarinet, vibraphone, piano, bass and drum-infused Dixieland-swing covers played by a small combo in a Swedish nightclub doesn’t appeal to you no how, the enticement of a spectacularly natural, transparent and palpably present recording might not be sufficient to change your mind.

On the other hand, if, for a short four sides, you can don a straw hat and striped shirt, even if only in your mind, and take yourself back in time seventy five or so years, when syncopation was fresh, new and oh-so daring, you might actually enjoy this well-played ear candy (not including “Take Five”).

The sound will astound you.

This album, recorded in 1976, has been regarded as "The Best Jazz Recording of the Century"! Most audiophiles all over the world should have already be in possession of one. Its musical artistry and sonic excellence have few peers. With the blessing of the latest mastering technology , this recording has come out in its unprecedented musical glory! Give yourself a justifiable treat - Get one as quickly as you can! 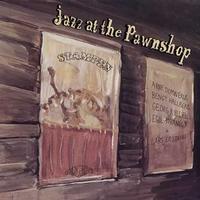