Wendell Harrison - An Evening With The Devil - 180g LP 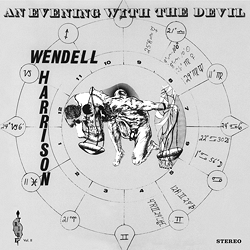 Oe of the rare early albums on the Detroit based Tribe label, now made legendary by the compilations on Soul Jazz and PVine. Tenor player Wendell Harrison leads a group that includes Marcus Belgrave, Charles Eubanks, and Phil Ranelin, and which features occasional poetry by the "Black Messengers". The groove is laidback and spacey, with some nice electric piano, and good mellow solos that have a nice soulful vibe to them. Other parts of the album are a little bit more out, and have a sharp edge to them. Tracks include "Mary Had An Abortion", "Angry Young Man", "Consciousness", and "Rebirth". Wild cover, too!

"The Tribe is an extension of the tribes in the villages of Africa, our mother country. In Africa everyone had a talent to display. There were no superstars; just people and collectively all the people of the village played a vital role in shaping that culture. We see all the black communities within this country as villages and the tribes are the people residing within them. The Tribe is composed of creative artists from the Metropolitan Detroit area who have travelled extensively with many well known musicians and have returned with the intention of sharing these experiences with our people in order to broaden the cultural base in this city. They are some of the most original and creative artists in the area. We hope to bring out points, situations, and events that are happening in our communities by way of music, poetry, and dance and rapping to the people. You see pure music must reflect the environment that we live in if it is to be educational and beneficial to our culture. It must portray our way of life.  At this point in our history, harmony for the most part, is not reflected in our communities.

There’s a lot of rebellious tension and discord, even though we have some groovy or harmonious moments along the way. There are many people within this society, black and white, who don't understand what is happening in regards to the direction the black musicians are moving toward. Our music is reflecting more so than ever before the stress, tension, and discord that is taking place within our communities along with the positive and harmonious things happening. This is evident when one listens to the music of composers like the late the late John Coltrane, Archie Shepp, Ornette Coleman, and the late Albert Ayler. These guys understand the relationship between art and culture and they took the total vibrations, positive and negative of the whole culture and served as amplifiers or speaker systems through the arts. You cannot divorce art from its root culture and expect it to be relevant for both the artist and his culture.

The compositions we play are reflective of the music of our times whereby we play Jazz, Rock, and African music with its poly or many rhythms. I wrote all the tunes on this particular L.P. and it is written as a suite in 5 movements which means that the music can be performed along with poetry and dancers. On our last L.P. called “Message From The Tribe” we featured the compositions of our very talented composer, arranger, and trombonist Phil Ranelin. On one side he wrote all the compositions and on the flip side I wrote all the tunes. This album was produced by us on the Tribe record label. As far as the music on “Evening With The Devil” is concerned it really speaks for itself. In addition to the music it features some relevant poetry by two very talented young poets named Oba and Vajava who are also members of a very excellent theatre group in Detroit called The Black Messengers.”

Extract from the sleeve notes of this album by Wendell Harrison. 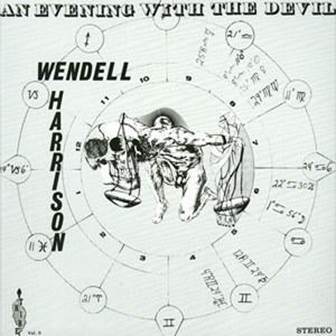