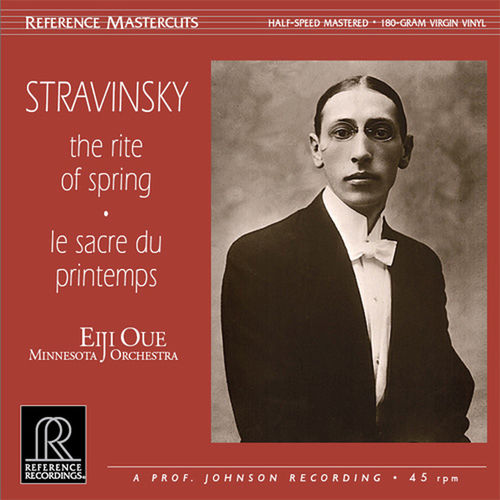 Pressed at QRP - Half Speed Mastering

Nominated for a Grammy Award for Best Engineered Classical Recording!

This perennial audiophile favorite is one of Prof. Keith Johnson's all-time best recordings of the Minnesota Orchestra. When the CD was released, it received a Grammy nomination for Best Engineering, Classical. A wonderful and magical performance! Made all the more exceptional by plating and pressing on 200-gram audiophile vinyl at Quality Record Pressings!

The world-renowned Minnesota Orchestra with its dynamic music director Eiji Oue, a protege of Seiji Ozawa and Leonard Bernstein, has set the entire classical mus community on fire with their exciting and masterful recordings. This perennial audiophile favorite is one of Prof. Keith Johnson's all-time best.  A wonderful and magical performance, when the CD was released, it received a Grammy nomination for Best Engineering, Classical.

While he was finishing the score of The Firebird, the idea came to Igor Stravinsky for a pagan, ritual scenario ie The Rite of Spring. Stravinsky carries the aggressive, hammering rhythms to the extreme, casting them in atonal harmonies which feed on the alternation between a "red-hot and a mild mixture," as the composer put it.

Half-speed mastering involves a capturing process in which the original recording master is played back at exactly half of the recorded speed. A sequenced cutting lathe is then timed at exactly half of the playback speed. This process allows twice as much time to carve a groove that accurately represents the sound on the master tape. Half-speed mastering allows for cleaner reproduction and also permits extended high frequency response, extending into the ultrasonic region.

Side 1
Adoration of the Earth 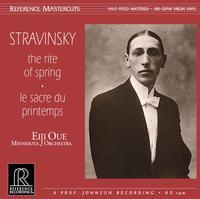