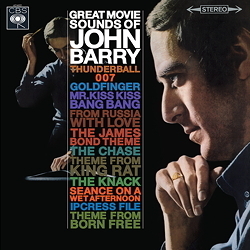 As for the LP itself, it maintains the high standards set by Speakers Corner, which uses the pressing facilities of the highly respected Pallas Group in Diepholz, Germany. The resulting vinyl is dead quiet, ruler flat, blemish free, and it also sounds great. A sticker on the shrink-wrap proudly proclaims "This LP is an entirely analogue production," and it sounds it. Sourced from original master tapes and cut using Neumann cutting consoles, the LP's sound reminds me of pop albums I listened to in the late '60s (in a good way) -- exaggerated channel separation, accentuated midrange, multi-miked to the extreme -- except cleaner, free of artifacts and with much greater dynamic range. There is something special and fundamental about recordings made before the advent of digital bits. Other than frequent manipulation of the sound both in the studio and mixing booth, they sound primal, evoking memories in anyone over the age of 40. This album's artwork and labels are accurate facsimiles of those for the 1966 stereo UK pressing. The LP is protected with a very nice rice-paper-lined sleeve. An eight-page insert, cataloguing Speakers Corner releases, shares space in the sleeve with the record.If you are a fan of John Barry’s film music, you’ll want this album because you’ve never heard it sound better. If you’ve lived in a cave for the last four decades and are not familiar with this music, grab a copy of this LP and bring yourself up to date. You’ll be happy you did. - The Audio Beat

He had them all — the James Bond girls and the incomparably smart Sean Connery. But also Marlon Brando, Michael Caine, Robert Redford and Jane Fonda, who all more or less danced after the director's pipe, acted certainly with his music in their ears. John Barry started his career in the most British manner possible — as a film composer in the service of Her Majesty Queen Elizabeth. The characteristic "Bond Theme" for Dr. No, with its mysterious, clacking guitar trailer supported by powerful brass, was indispensable for all following films and rang in the ears of the villains and their henchmen for all time.
Alongside the fully orchestrated numbers from the James Bond films, the album offers a wealth of very different music, such as the collage-like "The Chase" with its intense "walking" sound and the melancholy theme from "King Rat." Barry lets the flutes rise up with airy and and subtle clouds of dissonant chords ("Séance On A Wet Afternoon"), creates barbed motives out of gentle sounds ("The Ipcress File") and rolls out a warm carpet of strings for the programmatic terrain of "Born Free," a true adventure story set in a game ward in Africa.
This Speakers Corner LP was remastered using pure analogue components only, from the master tapes through to the cutting head. All royalties and mechanical rights have been paid.
Recording: 1963 - 1966
Production: John Barry
Thunderball
007
Goldfinger
Mr. Kiss Kiss Bang Bang
From Russia With Love
The James Bond Theme
The Chase
Theme From King Rat
The Knack
Seance On A Wet Afternoon
Ipcress File
Theme From Born Free 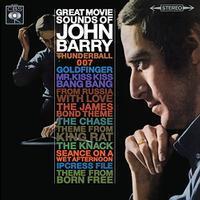