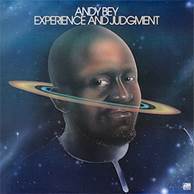 Kudos to Speakers Corner Records for shining a light on an under-appreciated musical artist. This re-mastered vinyl has a vibrant overall mix with great stereo separation Sound 4/5 Audiophileaudtion March 2022

Criminally overlooked by academics, critics and purists who refuse to listening to anything outside of conventional jazz vernacular, Andy Bey's delivery on Experience and Judgment goes beyond anything he previously committed to tape, revealing a spiritual side that's punched up and supported by a jazz-funk ensemble. The album's opener 'Celestial Blues' finds Bey delivering lines that wouldn't be out of place on Bill Withers records from this era, and the remainder of the album sounds similar to the works of such contemporaries as Roy Ayers and Gil Scott-Heron. It's soul soothing music that's been played with great reverence by the rare soul and funk community for years and rightly so, as Bey captures the essence of the soul world brilliantly, and fuses it into something that is uniquely his own.

Andy Bey was one of the most sought-after vocalists in the era of jazz fusion. Between 1968 and 1973 he was first choice as a studio singer for Max Roach, Duke Pearson, Horace Silver, Gary Bartz and Stanley Clarke, to mention but a few. His warm and engaging baritone voice easily crossed the bridge from conventional blues and gospel to a pugnacious, politicising style of soul – Andy Bey was 'spiritual' in every sense of the word. "Experience And Judgment", his debut album under his own name, was recorded in New York in 1973 and quickly became a cult album. Bey delivers twelve songs in single length, which are full of relaxed, funky grooves, soulful and electrifying, and quite lacking in gimmickry – in many of them a blues number is lurking in the background as a basic idea.

His most important colleagues are Wilbur Bascomb, who lets his electric slap bass really thump out, and Bill Fischer who joins in on an electric piano, synthesizer and various other keyboards and really sets off a little fusion firework display. The most powerful numbers come from Andy Bey himself, such as "Experience", "Judgment", "Celestial Blues", "Tune Up" and "Being Uptight" – often powering forwards with a vengeance. Bill Fischer – at that time Artistic Director at Atlantic Records – added a few soul ballads to balance out the LP. This album inspired numerous jazz singers, including Gregory Porter. Jamie Cullum says: »What I love about Andy Bey is that he creates an atmosphere. As soon as he opens his mouth, you’re transported to another place.

Are your records completely analogue?
Yes! This we guarantee!
As a matter of principle, only analogue masters are used, and the necessary cutting delay is also analogue. All our cutting engineers use only Neumann cutting consoles, and these too are analogue. The only exception is where a recording has been made – either partly or entirely – using digital technology, but we do not have such items in our catalogue at the present time
Are your records cut from the original masters?
In our re-releases it is our aim to faithfully reproduce the original intentions of the musicians and recording engineers which, however, could not be realised at the time due to technical limitations. Faithfulness to the original is our top priority, not the interpretation of the original: there is no such thing as a “Speakers Corner Sound”. Naturally, the best results are obtained when the original master is used. Therefore we always try to locate these and use them for cutting. Should this not be possible, – because the original tape is defective or has disappeared, for example – we do accept a first-generation copy. But this remains an absolute exception for us.
Who cuts the records?
In order to obtain the most faithful reproduction of the original, we have the lacquers cut on the spot, by engineers who, on the whole, have been dealing with such tapes for many years. Some are even cut by the very same engineer who cut the original lacquers of the first release. Over the years the following engineers have been and still are working for us: Tony Hawkins, Willem Makkee, Kevin Gray, Maarten de Boer, Scott Hull, and Ray Staff, to name but a few.
At the beginning of the ‘90s, in the early days of audiophile vinyl re-releases, the reissue policy was fairly straightforward. Companies such as DCC Compact Classics, Mobile Fidelity, Classic Records and others, including of course Speakers Corner, all maintained a mutual, unwritten code of ethics: we would manufacture records sourced only from analogue tapes.
Vinyl’s newfound popularity has led many other companies to jump on the bandwagon in the hope of securing a corner of the market. Very often they are not so ethical and use every imaginable source from which to master: CDs, LPs, digital files and even MP3s.
Even some who do use an analogue tape source employ a digital delay line, a misguided ’80s and ‘90s digital technology that replaces the analogue preview head originally used to “tell” the cutter head in advance what was about to happen musically, so it could adjust the groove “pitch” (the distance between the grooves) to make room for wide dynamic swings and large low frequency excursions. Over time analogue preview heads became more rare and thus expensive.
So while the low bit rate (less resolution than a 16 bit CD) digital delay line is less expensive and easier to use than an analogue “preview head”, its use, ironically, results in lacquers cut from the low bit rate digital signal instead of from the analogue source!
Speakers Corner wishes to make clear that it produces lacquers using only original master tapes and an entirely analogue cutting system. New metal stampers used to press records are produced from that lacquer. The only exceptions are when existing metal parts are superior to new ones that might be cut, which includes our release of “Elvis is Back”, which was cut by Stan Ricker or several titles from our Philips Classics series, where were cut in the 1990s using original master tapes by Willem Makkee at the Emil Berliner Studios. In those cases we used only the original “mother” to produce new stampers.
In addition, we admit to having one digital recording in our catalogue: Alan Parsons’ “Eye in the Sky”, which was recorded digitally but mixed to analogue tape that we used to cut lacquers.
In closing, we want to insure our loyal customers that, with but a few exceptions as noted, our releases are “AAA”— analogue tape, an all analogue cutting system, and newly cut lacquers.
60 Years Pallas
Audiophile Vinyl - Made in Germany  For over 60 years the family business in the third generation of the special personal service and quality "Made by Pallas" is known worldwide. Our custom PVC formulation produces consistently high pressing quality with the lowest surface noise in the industry. Our PVC complies with 2015 European environmental standards and does not contain toxic materials such as Lead, Cadmium or Toluene. Our vinyl is both audiophile and eco-grade!
Browse these categories as well: BLUES SOUL R&B, JAZZ
Contact information
Andy Bey - Experience And Judgment - 180g LP - SCOTT NANGLE AUDIO
T&C's and Privacy Policy