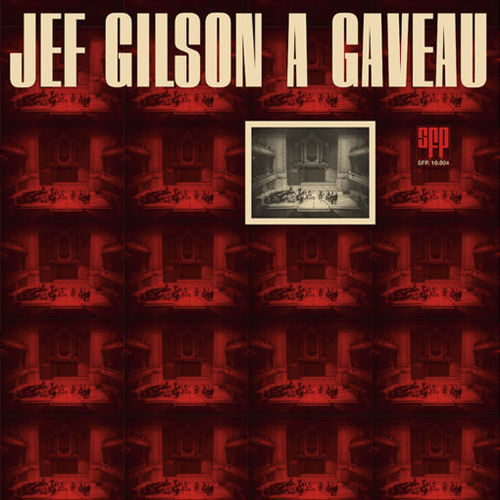 Official release with the full permission and cooperation of the Estate of Jef Gilson.
Recorded on May 15, 1965 at Davout Studio, Paris.
Original LP issue: SFP 10.004.

Contrary to what the title implies this album is not a concert recording, the original compositions from Jef Gilson that make this program were captured a month after this historic show, at the mythical studio Davout that had just opened that year (The Rolling Stones, The Cure, but also Art Blakey or Chet Baker were to record there before it closed down in 2017).

The ‘A Gaveau’ title was an expression of proudness and accomplishment for Jef, as playing adventurous jazz in a big-band format in this beautiful venue solely dedicated to classical music since its foundation in 1907 was a groundbreaking act. Martial Solal only had managed to play jazz there before him in a more standard trio format that resulted in a live album called ‘Jazz A Gaveau’.

Jef Gilson was already active on the jazz scene for years prior to this recording as he started performing with Claude Luter and Boris Vian just after WWII. But his first album, already a big band playing his compositions, was only released 4 years before this one, in 1961, with and apt title ‘Enfin !’ (at last !).

Strongly independent and with radical and original views on jazz, Jef was a tough and hard-working fellow. At that time he already was a pianist, composer, arranger, sound engineer, producer and a music theorist (he later wrote a controversial book on harmony). Jef wouldn’t compromise on anything and by design self-produced most of his records. SFP was a co-op label where self-produced artists could find a home. It was a temporary one for Jef before he founded his own studio and his PALM label at the beginning of the 70s.

Journalist and critic for JAZZ HOT, Jef was always on the look-out for new talents. Some of the musicians who he directs on this album are barely 20 years old and yet unknown, but many would soon be rising jazz stars and a few of them are still recording and performing to this day. You can still attend shows in France by Michel Portal, Bernard Lubat or Jacques Di Donato who all started their career in Jef’s big band.

Jef of course spotted immediately the young Woody Shaw who has just been invited to Paris a few months before by his friend reedman Nathan Davis who was already a figure on the Parisian club scene. Both of them have recorded this album only a week after their session for the saxophonist’s second album Peace Treaty.