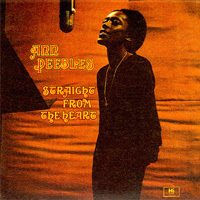 Pressed at Pallas Germany  - Mastering  by Kevin Gray at Acoustech

Bravo to Speakers Corner , this record shines like never before - Music 10/10 Sound 8.5/10 HIFI plus Magazine

A lean, tough set that was not only a triumph for Peebles, but illustrated how the Hi label had surpassed its crosstown Stax rival for quality Memphis soul in the early '70s. The guitars are spare, funky, and bluesy, the horn section punchy, and the material far earthier and down-home than the increasingly formulaic grooves at Stax. There were three modest R&B hits on the album ("Slipped, Tripped and Fell in Love," "I Feel Like Breaking Up Somebody's Home," "Somebody's on Your Case"), much of which was penned by Peebles or her husband Don Bryant. Peebles' vocals were convincingly biting, and she never, unlike many other singers of the era, tried too hard for her own good. .

Ann Peebles’ climb up the career ladder was rather more conventional than spectacular in the tough, rough days of rhythm and blues. She was first discovered when she appeared in Memphis nightclubs, was given a break by the big-band leader Gene 'Bowlegs' Miller, and landed her first top hit with the celebrated song "I Can’t Stand The Rain".

Towards the end of the Seventies she made a well-timed retreat just before the outbreak of the highly commercialized disco wave, only to return many years later with a revival of her old songs. Her album from the early '70s has certainly not mellowed with age. Her singing is sharp and soulful, and comes right from the heart ("Slipped, Tripped And Fell In Love").

The beat is powerful, throbbing, young and fresh ("What You Laid On Me") or surging and groovy ("How Strong Is A Woman?"). The arrangements come across as sophisticated and well balanced, yet do not baulk at harsh attacks from the winds nor from the use of Hammond and Hohner keyboards, which were so popular at that time. Melody, singers and big band are airy and finely interwoven ("Somebody’s On Your Case"), while a fusion of soft swing and snappy acerbity ("I Pity The Fool") rounds off this album which is filled with pure emotion, heart and soul.

"A lean, tough set that was not only a triumph for Peebles, but illustrated how the Hi label had surpassed its crosstown Stax rival for quality Memphis soul in the early '70s..." - 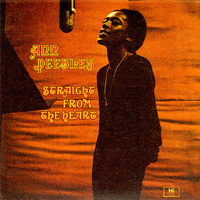