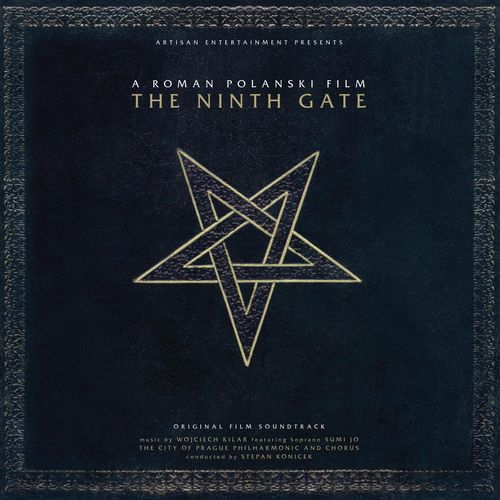 The Ninth Gate, Roman Polanski's supernatural thriller about a book that can summon the devil, features an appropriately tense and eerie score by Wojciech Kilar, who also composed the award-winning music for Bram Stoker's Dracula. Sumi Jo's ethereal, operatic vocals grace "The Theme From The Ninth Gate," and the City of Prague Philharmonic and Chorus lend a brooding, Old World feel to pieces like "Corso" and "Bernie Is Dead." Piano and strings contribute to the ghostly, romantic aura of "Liana," while "Plane to Spain," "Chateau Saint Martin," and "The Motorbike" add to the score's continental atmosphere. Suspenseful in its own right, Kilar's music for The Ninth Gate reaffirms his skill as a film composer.

Wojciech Kilar's penetrating soundtrack to Roman Polanski's troubled film »The Ninth Gate« of 1999 is his debut on vinyl and is about the vocals of the Korean soprano Sumi Jo.  Kilar established himself as a film music composer for horror movies such as "Bram Stoker's Dracula," and his work for Polanski's film reaches an impressive degree of threats, which Polanski's dark, satanic history does justice to.

"When the threatening, haunting, horrormusic touches your taste," The Ninth Gate "is a soundtrack that you should not miss." (Filmtracks.com)

"Hypnotic music that surely makes you look over her shoulder and under her bed." (Film Review)