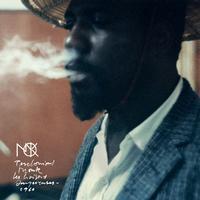 "This long-lost soundtrack to Roger Vadim’s film of the same title (spread out on two CDs, with alternate takes) isn’t the best Monk album from the period, but it’s not a mere novelty either. Monk’s piano work is drenched with playful energy, and the band—Charlie Rouse and Barney Wilen on tenor saxes, Sam Jones on bass, Art Taylor on drums—is in top form. * Bonus: The final track has Monk coaching Taylor through the drum part on 'Light Blue,' a fine illustration of the complexities of Monk’s music and how it comes out when the musicians get it down." — Fred Kaplan

Monk 5/5 lpreviews - Sam Records and they never fail to deliver amazing sound, packaging, and quality.  You simply cannot go wrong with any of these LPs!!