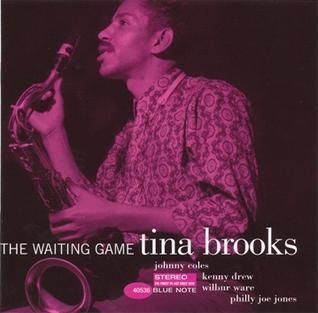 The Waiting Game was the unsung tenor saxophonist Tina Brooks’ final album, recorded in 1961 but not released until 1999. Brooks is one of the most under-appreciated tenor players and composers of the hard bop era, with only one of his four Blue Note sessions (the classic True Blue) released during his lifetime. Brooks is joined here by Johnny Coles on trumpet, Kenny Drew on piano, Wilbur Ware on bass, and Philly Joe Jones on drums. Brooks penned five of the six tracks, showcasing his unique compositional talent in addition to his pleading and soulful tenor sound. Highlights include the Side 1 opener “Talkin’ About” and the modal masterpieces “Dhyana” and “David the King.”

B1: David The King
B2: Stranger In Paradise
B3: The Waiting Game