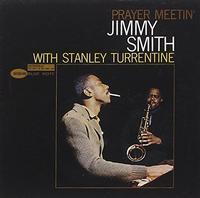 Tone Poet Audiophile Vinyl Reissue Series: "Tone Poet" Joe Harley - co-founder and co-producer of the acclaimed Music Matters audiophile vinyl series - is the producer of this new series of all-analog, mastered-from-the-original-master-tape 180g audiophile vinyl reissues in deluxe gatefold packaging. Mastering was done by Kevin Gray (Cohearent Audio) and vinyl was manufactured at Record Technology Incorporated (RTI). The titles were handpicked by Harley and cover lesser-known Blue Note classics, modern era standouts, and albums from other labels under the Blue Note catalog.
Extreme attention to detail has been paid to getting these right in every conceivable way, from the jacket graphics and printing quality to superior LP mastering (direct from the master tapes) by Kevin Gray to superb 180 gm audiophile LP pressings by Record Technology Inc. Every aspect of these Blue Note/Tone Poet releases is done to the highest possible standard. It means that you will never find a superior version. This is IT.
The so-called Tone Poet (Joe Harley) is confident that his audiophile reissues will allow 21st-century listeners to hear what the musicians heard as the master tape was played back on the studio monitors in Rudy Van Gelder's studio 50 or 60 years ago. He believes that, in terms of quality, Blue Note albums have never sounded or looked better. "Every aspect of these Blue Note releases is done to the highest possible standard," he says. "It means that you will never find a superior version."
Side 1
1. Prayer Meetin'
2. I Almost Lost My Mind
3. Stone Cold Dead In The Market
Side 2
1. When The Saints Go Marching In
2. Red Top
3. Picnickin'