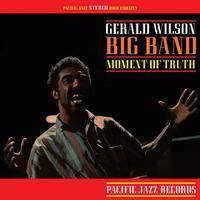 Gerald Wilson's Pacific Jazz albums of the 1960s were arguably the most significant of his career. This LP his second record of the period and has among its highlights the original version of "Viva Tirado" (a catchy number made into a surprise pop hit by El Chicano later in the decade) and a driving rendition of "MIlestones"; the other seven songs (six of which are Wilson's originals) are also quite enjoyable.