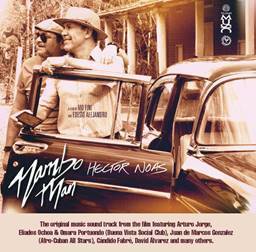 A Cuban music celebration is released as an exciting double vinyl. historical cultural document. All of the flavors of Cuban music are expressed with celebration and reverence. While viewing the film provides narrative context, the songs are viscerally enjoyable by themselves.  Sound 4.5/5 Audiophileaudition

With the Buena Vista Stars, including Candido Fabre. Based on a true story and filmed in the exotic countryside outside Havana, this remarkable and engaging film will move both your spirit and your feet with its unforgettable passion and intoxicating music. The soundtrack and live performances in the film include some of the legendary Cuban artists who appeared in the box office smash, Buena Vista Social Club.

“There is rather the mature and conscious gaze of two authors who want to represent Cuba, and the story of the protagonist, with truth and love. With this awareness, each shot conveys a charm superior to that of a good staging. This film, made with passion, penetrates the audience to the rhythm of music and tells us about a whole, small, precious universe, absorbing its beauty and misery. “Mambo Man” is a bit like Cuba: beautiful, kind and melancholic.”

“It’s a dynamic, colourful film, with bustling markets, lively clubs, friendly outdoor cafes, and—best of all—a remarkable soundtrack of classic Cuban music, which is a focal point of the film.”

Audiophile Vinyl - Made in Germany  For over 60 years the family business in the third generation of the special personal service and quality "Made by Pallas" is known worldwide. Our custom PVC formulation produces consistently high pressing quality with the lowest surface noise in the industry. Our PVC complies with 2015 European environmental standards and does not contain toxic materials such as Lead, Cadmium or Toluene. Our vinyl is both audiophile and eco-grade!
Browse these categories as well: JAZZ, ROCK & POPULAR
Contact information
Mambo Man - OST (Original Sound Track to the film Mambo Man) - 180g 2LP - SCOTT NANGLE AUDIO
T&C's and Privacy Policy