Categories ROCK & POPULAR Marvin Gaye - Let`s Get It On - SACD 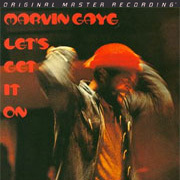 So wrote Gaye in the 1973 record’s liner notes. And who are we to disagree? True to that spirit, Mobile Fidelity has gone back to the original analog master tapes and delivered what is unquestionably the most silky, smooth, and seductive version of Let’s Get It On ever made. This is the pressing you’ve been waiting for, the version that does everything for you but turn down the lights and draw the shades. Seduction, passion, and pleasure don’t get any more automatic
• SACD Stereo SACD Layer
• This Hybrid SACD contains a 'Red Book' Stereo CD Layer which is playable on most conventional CD Players!
• Numbered, Limited Edition
• Mastered From Original Master Tapes
Arranged By – David Blumberg
Bass – James Jamerson
Drums – Eddie "Bongo" Brown
Engineer, Mixed By – Art Stewart, Cal Harris
Guitar – David T. Walker, Eddie Willis
Piano – Joe Sample, Marvin Gaye, Marvin Jenkins
Producer – Ed Townsend  Marvin Gaye
Selections:
1. Let's Get It On
2. Please Don't Stay (Once You Go Away)
3. If I Should Die Tonight
4. Keep Gettin' It On
5. Come Get to This
6. Distant Lover
7. You Sure Love to Ball
8. Just to Keep You Satisfied 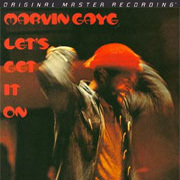