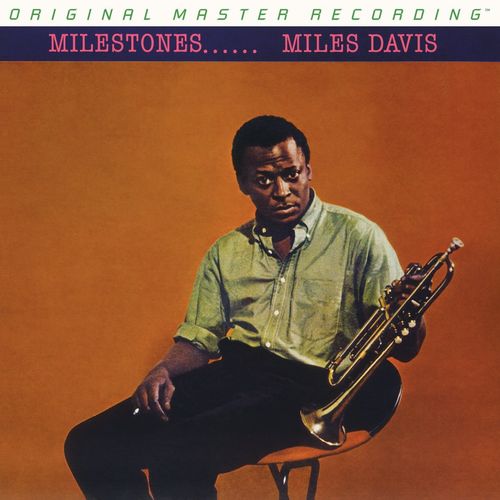 MoFi has hit the ball out of the park with these reissues. They are essential listening -- and purchases. TheAudioBeat Review

“The Mobile Fidelity edition was mastered by Rob LoVerde from the original mono master tape played back on a Tim de Paravicini-modified Studer half-track deck with EAR tube electronics in MoFi’s Sebastopol, California facility. I have not heard the Japanese SACDs and cannot present a comparison.  The MoFi SACD offers a dramatically different listening experience to Bob Belden’s recreated stereo mix on the box set. The Belden mix, created from high-resolution transfers of the original multi-track session tapes, presents a wide sound canvas and extended high end. By contrast, the MoFi mono SACD draws the listener more deeply into the studio space. Drums and cymbals sound true to their analogue source. Improved low-end extension is clearly audible in Paul Chamber’s bass solo on “Side’s Ahead”. Low-level details in the piano emerge with careful listening. Trumpet and saxophones are focused, clear but never blaring. Cannonball Adderley’s ebullient solo in “Milestones” and John Coltrane’s articulation in “Sid’s Ahead” are models of improvisational construction and saxophone technique. If the Belden set—which I wholeheartedly recommend—was a best effort at extracting the highest quality signal possible from aging tapes using modern technological tools, the MoFi SACD is a respectful and authentic representation of the artists’ original vision. A liner note from the MoFi production team reads: “Any sonic artifacts present are a product of the original master tape. Attempts to eliminate them would have negatively impacted the integrity of the presentation.”  - Sound 5/5 HR Audio

Acrimony during the recording sessions led to Miles’ decision once again to fire members of the group. Philly Joe was replaced by Jimmy Cobb and Red Garland by the innovative young pianist Bill Evans. One year later, this sextet recorded “Kind of Blue”, a further milestone on the artistic journey of Miles Davis.

This Masterwork is Oft-Overlooked Link Between 'Round About Midnight and Kind of Blue.

In MONO—You Will Not Hear a Better Analog Edition! Only Record to Feature Davis’ Original Sextet, Including Rhythm Section of Paul Chambers and Philly Joe Jones.

Title Track Stands as First-Ever Modal Composition Even as Blues and Hard-Bop Flavors Make LP One of Davis’ Most Explosive Affairs.

Due to its sandwiched position between the more famous ‘Round About Midnight and epochal Kind of Blue, Milestones remains, for too many music lovers, an overlooked classic. Part of Mobile Fidelity’s Miles Davis catalog restoration series, Milestones has been restored to mono for the first time as to expose the record’s standing as one of the all-time great jazz efforts.Mastered from the original master tapesthis  mono  edition grants each musician their own space in a well-defined, broadened soundstage. 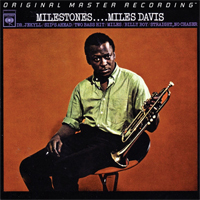