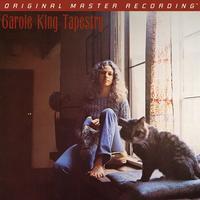 Half-Speed  Mastered by Shawn R. Britton from the Original Master Tape at MFSL

This SACD is incredible , the best I have heard this album. Its as though you are in the studio with them as they recorded it. Very good bass and wide soundstage - Hraudio
It would be pointless for me to write about the songs or to say this is one of the better albums of all time. I will say spend the $ for this one don't worry about the amount it's the most amazing analogue oriented mixes ever. You will get chills up and down your spine when you hear Will Love me Tomorrow and georgeous harmonies...so often through this album you will say this sounds so life like, so much like it would sound if Carole King was sitting in your livingroom playing the piano. You will often hear light harmonies and sounds you didn't hear on previous releases. I had the SACD by Sony and this one blows it away by miles and miles...i'm just amazed by this release and to be honest previoiusly i knew the album was great but never really cared for the mix now it's all changed.....don't deny yourself access to one - Sound 5/5 AV Review
Carole King’s Tapestry is one of the rare albums that immediately plays in your head the moment its title, cover art, or songs are mentioned. Having achieved status of near-mythical proportions, it is the singer-songwriter record you’d bring to the proverbial desert island if you were limited to one choice. Renowned for its lifelike production, Tapestry now sounds clearer, richer, and more emotional courtesy of Mobile Fidelity’s hybrid SACD. Audiophiles, this is the version that brings Carole King right before your eyes and into your room.
This is the edition you need. It’s the edition you deserve.
Faithful to original album producer Lou Adler’s vision of making King (and not just any pianist player) appear seated and playing in front of listeners, this numbered limited-edition SACD delivers utmost transparency, balance, warmth, intimacy, and perhaps most importantly, feeling. Aware of how many times this iconic work has been re-released, Mobile Fidelity engineers settled for nothing less than the absolute finest sonic presentation possible when mastering Tapestry from the original master tapes.
The results mirror what went down in the A&M Studios. Lean, simple, direct, and so nakedly real the sonics evoke what might be heard on a professional demo tape, this collectable SACD gives what Rolling Stone deems the 36th Greatest Album of All Time the due it deserves. King’s personal singing, her graceful pianism, the integral rhythmic foundation provided by the likes of drummer Russ Kunkel and guitarist Danny Kortchmar, and the symmetrical contributions of guest instrumentalists ranging from saxophonist Curtis Amy to guitarist James Taylor resonate with three-dimensional imaging and cozy realism. Every note, every basic movement, accurately rendered with exquisite detail and full-bodied tonality.
Indeed, one reason—apart from the flawless songwriting, earnest deliveries, and eloquent performances—Tapestry endures is because of the naturalness of the production and songs. King’s unadulterated articulations on love, conviction, friendship, place, sadness, and companionship ring true because there’s no doubting their meaning, intent, or sincerity. Tapestry makes you feel, and compels you to get closer to the music, and the musicians performing. It is an album of organic nuances, suggestive intents, and engaging melodies.
Thematically, classics such as “You’ve Got a Friend,” “I Feel the Earth Move,” “Will You Love Me Tomorrow,” and “(You Make Me Feel Like) a Natural Woman” resonate because they address universal sensibilities and the human condition. They, like all of Tapestry, are relaxed yet emancipating, strong yet mellow, comfortable yet terrifically beautiful and lastingly unique. Four major Grammy Awards, four Top 10 singles, sales of more than 25 million copies, and one of the first albums chosen for inclusion in the National Recording Registry just seem like icing on the cake. 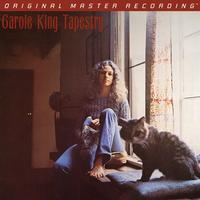