David Crosby - If I Could Only Remember My Name - SACD 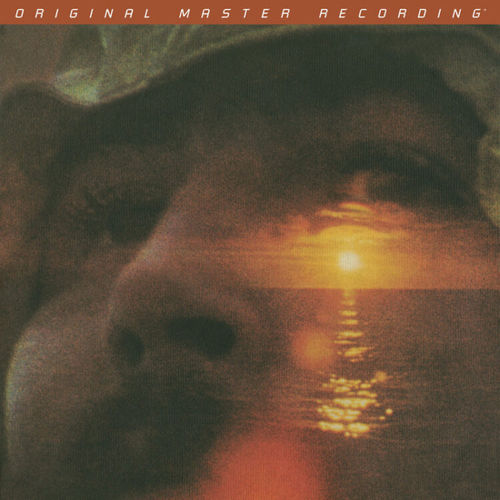 Mastered from the original master tapes, Mobile Fidelity's numbered hybrid SACD of the 1971 effort underlines the escapist peace of Crosby's music and brilliance of Stephen Barncard's engineering. Equally important, it reveals Crosby's unsurpassed vocal performances and the inspired contributions of the many illustrious Bay Area colleagues and friends – Neil Young, Joni Mitchell, Graham Nash, key members of the Grateful Dead, and several members of the Jefferson Airplane included – that allow If I Could Only Remember My Name to function as an altered-consciousness paean to community, harmony, and necessary emotional release (and suspension).

Always renowned for gorgeous sonics, the album takes on deeper transcendental qualities and resonates with more spiritual energy on Mobile Fidelity's reissue. Listeners can now fully hear and see into the fabric of each song, witness the notes seemingly dissolve into thin air, and perceive why Barncard – who, a year before, helmed the Grateful Dead's American Beauty – cited the echo chamber at Wally Heider Recording as "probably the best chamber I've used anywhere, anytime. It was magic. That's what you hear on [Jerry] Garcia's pedal steel on ‘Laughing.'" Other examples of the so-called "magic" extend to the completely live take (and organic realism) of "Cowboy Movie," live autoharp and natural tonality on "Traction in the Rain," and the subtle phasing blending with the live-to-mono immediacy of Crosby, Nash, and Young's vocals on "Music Is Love."

Ranked one of the 40 Greatest Stoner Albums by Rolling Stone, which rightly declares it a "super-stoned campfire jam," If I Could Only Remember My Name is furthered by the fact it's rooted in deep-seated sorrow and haunting sadness – namely, the death of Crosby's then-girlfriend in a car accident. Originally, the singer intended to bottle up his feelings, but as sessions proceeded and the work primarily came together on the spot, the truth began to trickle out. While it lacks a narrative arc or straightforward lyrics, the nine-track record lands upon something richer than obvious words: That of a distinct, persistent vibe indicative of a nagging, ominous reality lurking beneath a warm, hazy, supportive surface.

From the slack acoustic underpinnings of the raga-like opener to the improvised "cosmic skydrop" that serves as the closing "I'd Swear There Was Somebody Here," nothing in the entire Crosby, Stills & Nash canon – or that of any artist's oeuvre, for matter – orbits the same galaxy as If I Could Only Remember My Name. This is a journey that demands to be heard in full, an expressive and sensitive adventure whose paths are lined with sublime group harmonies, acoustic guitars, repeated chants, and tasteful percussion. Despite the pedigree of the musicians involved, the effort remains free of ego, showiness, and drama. Created before Crosby began his slow descent into headline-worthy addiction and malaise, the album survives as proof of his long-underrated vision and ability to knot together pop, rock, jazz, classical, and mystical strains into a cohesive whole.

* Prices include VAT, plus delivery
Browse these categories as well: ROCK & POPULAR, SACD / CD
Contact information
David Crosby - If I Could Only Remember My Name - SACD - SCOTT NANGLE AUDIO
T&C's and Privacy Policy