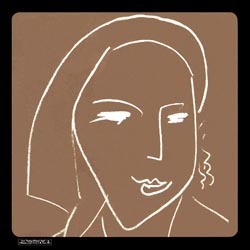 Verve’s legendary songbook editions are among Ella Fitzgerald’s very best repertoire. The singer, who was stylistically at home in every genre – from jazz, to the evergreens of the Great American Songbooks, to pop songs –, is to this day one of the most versatile interpreters of the American vocal scene.
Her recording of the "Harold Arlen Songbook", made in 1960 and ’61, is, along with similar projects with songs by Rodgers & Hart , Cole Porter  George Gershwin  and Duke Ellington , the very best of its kind. Harold Arlen discovered his propensity for jazz as a pianist, orchestrator and musical producer of the Cotton Club shows over many years. So it is not surprising that much of what flowed from his pen had a distinct jazz leaning. »Ella is the only vocalist who manages to sing even the most complicated phrases of my songs with poise and lightness«, he stated upon completion of the production. The musical quality of the 26 refurbished audiophile tracks, including two bonus tracks, make this re-release a timeless work of reference of American easy listening.
The superb big band, along with the brilliant arrangements and conducting of Billy May, provides a perfect backing.
Ella Fitzgerald's idea to sing the songbooks of major writers proved smart, savvy, and artful. By the time she began to record Sings the Harold Arlen Song Book in 1960, she had sung the songbooks of Duke Ellington, Rodgers & Hart, and Irving Berlin. This relaxed and tastefully arranged set showcases Fitzgerald in her prime, confidently engaging 28 of Arlen's best songs. Familiar pieces like "One for My Baby" and "That Old Black Magic" make appearances, along with all-time classics like "Stormy Weather" and "Over the Rainbow." On this latter tune, she adds the front verses, an appealing addition that few will be familiar with. Billy May's orchestra lays down a quiet mix of horns and strings that perfectly supports Fitzgerald on songs like "When the Sun Comes Out" and "Happiness Is a Thing Called Joe." Four bonus tracks, including two alternative cuts, spice up the package. A particular oddity, "Ding Dong! The Witch Is Dead," converts surprisingly well into big-band jazz. The attractive Set  also includes the original album cover, an outline of a face drawn by Henri Matisse.
Sings the Harold Alden Song Book is an exquisite album, a classic in vocal jazz, and one of Fitzgerald's best recordings.
:
Ella Fitzgerald, vocals
Billy May (arr) & his orchestra including strings
1. Blues in the Night
2. Let's Fall in Love
3. Stormy Weather
4. Between the Devil and the Deep Blue Sea
5. My Shining Hour
6. Hooray For Love
7. Sing My Heart (Mono)
8. This Time The Dream's On Me
9. That Old Black Magic
10. I've Got the World on a String
11. Let's Take a Walk Around the Block
12. III Wind
13. Ac-Cent-Tchu-Ate The Positive
14. When The Sun Comes Out
15. Come Rain or Come Shine
16. As Long As I Live
17. Happiness Is a Thing Called Joe
18. It's Only a Paper Moon
19. The Man That Got Away
20. One For My Baby
21. It Was Written In The Stars
22. Get Happy
23. I Gotta Right to Sing the Blues
24. Out Of This World
25. Over the Rainbow
26. (Ding Dong) The Witch Is Dead (Mono)
Recording: August 1960 and January 1961 in Los Angeles, CA.