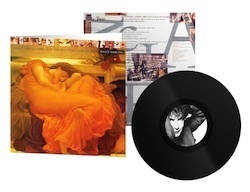 McLaren, one of the great inspirational artists of our time, he adopted styles and genre's as readily as others done wardrobes. Jazz, pop, rock, hip hop, opera, club music... all found their way into his vision of a musically interconnected world.

One of music's seminal figures of the 20th century, Malcolm McLaren, passed away in April 2010 at the age of 64. One of the great inspirational artists of our day, McLaren was best known as the brains behind the British punk gods The Sex Pistols, but McLaren was an astonishingly versatile artist in his own right. From the operatic grandeur of Fans to the dance acculturation of Waltz Darling to the icy elegance of Paris, McLaren adopted styles and genres as readily as others don wardrobes. Jazz, pop, rock, hip-hop, opera, club music...all found their way into McLaren's vision of a musically interconnected world. In short, he was the Andy Warhol of pop: a cultural ambassador, tour guide, and majestically talented thief. I don't think there's been anyone like him (maybe Bowie?), and I doubt in our rapidly-devolving musical age that there will ever be another.

The album that really highlighted McLarens artistic genius was 1989's Waltz Darling, an exploration of classical impulses juxtaposed against funk and dance rhythms. Years before Madonna made "Vogue," McLaren recorded the far-superior "Deep In Vogue," collaborating with choreographer Willi Ninja (who would later gain fame from the documentary Paris is Burning). Remastered and pressed on 180g vinyl and packaged in a gatefold sleeve, this album is a true piece of musical history.