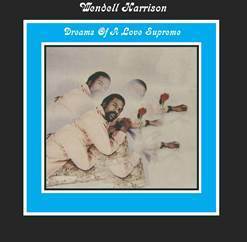 There is an overall jubilant feel to this soulful jazz album Pure Pleasure Records has done an excellent job in updating Dreams Of A Love Supreme to 180-gram vinyl. The re-mastered sound by Cicely Baston (Alchemy/Air Mastering) is vibrant, with good separation. There is balanced tonality in the instruments.Sound 4.5/5 Audiophileaudition

Wendell Harrison was born in Detroit in 1942 where he began formal jazz studies for piano, clarinet and tenor saxophone. At 14, while still in high school, Harrison started performing & recording professionally with artists such as Marvin Gaye, Grant Green, Sun Ra, Hank Crawford … and many others.

In 1971, Harrison began teaching music at Metro Arts (a multi-arts complex for youth) where he also connected with Marcus Belgrave, Harold McKinney and Phil Ranelin…soon after they formed the (now legendary) Afro-centric TRIBE record label and artist collective. TRIBE used the Metro Arts complex as a vehicle to convey a growing black political consciousness. Wendell Harrison also published the very popular TRIBE magazine, a publication dedicated to local and national social and political issues, as well as featuring artistic contributions such as poetry and visual pieces.

In 1978 Harrison and McKinney co-founded REBIRTH, a non-profit jazz performance and education organization, in which many notable jazz artists have participated. Around the same time Wendell Harrison also created the WENHA record label and publishing company, which released many of his (now classic) recordings as well as those of other artists, such as Phil Ranelin, Doug Hammond and Reggie Fields (The Real ShooBeeDoo).

In the early 1990s, Wendell Harrison was awarded the title of “Jazz Master” by Arts Midwest. This distinction led Harrison to collaborate with fellow honorees and gave him the chance to tour throughout the United States, Middle East and Africa. Even to this day Wendell Harrison’s recordings for the TRIBE, WENHA and REBIRTH labels have a large worldwide fanbase.

DREAMS OF A LOVE SUPREME is a monster album that features an all-star line-up that includes Phil Ranelin on trombone, Harold McKinney on Keyboards and Roy Brooks on percussion. Although you can hear the 80ies creeping in with a smoother sound, more synths, and disco/R&B vocals… this remains a very spiritual (and soulful) jazz record. The record’s an irresistible blend of soul jazz combined with funky electric instrumentation…a groovy sound which is very much of its time, yet overtly timeless and as relevant today as it was back when it was initially released.

PALLAS
Audiophile Vinyl - Made in Germany  For over 60 years the family business in the third generation of the special personal service and quality "Made by Pallas" is known worldwide. Our custom PVC formulation produces consistently high pressing quality with the lowest surface noise in the industry. Our PVC complies with 2015 European environmental standards and does not contain toxic materials such as Lead, Cadmium or Toluene. Our vinyl is both audiophile and eco-grade!
Browse these categories as well: JAZZ, BLUES SOUL R&B
Contact information
Wendell Harrison - Dreams Of A Love Supreme - 180g LP - SCOTT NANGLE AUDIO
T&C's and Privacy Policy