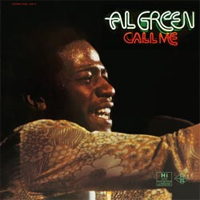 The original Memphis recording has enough grease and grit in it to grow collards and cornbread straight up out of the ground. When you add those types of sonics to a true audiophile remaster and put it all on a pristine disc, you get what this is. And “what this is” is the sweetest experience of some of the tastiest Soul music ever made. This is not hyperbole. It’s almost factual. - Sound 5/5 Hifedity

Call Me is the 1973 masterpiece from America's last great soul singer, a vulnerable, sensual, spiritual, and sexy album. Sent soaring by the bluesy accents of the Memphis Horns and held to Earth by the rock-solid, wide-open groove of drummer Al Jackson, the subject here is nothing less than Al Green's soul, a battle expressed beautifully in his otherworldly voice

What connects celebrity chefs and pop stars is their fine nose for ingredients, especially when hot and spicy ones are mixed with milder elements to create an aromatic result. A combination of 'sweet' and 'funky' is the secret of Al Green's gloriously sentimental and sensual pop songs, which in the sexually free Seventies were often referred to as "songs to make love by".

What swings along gently is, however, Al Green's subtly controlled falsetto, which he can tone right to the threshold of audibility. But watch out! This music belts out some fiery sounds right from the very first number. The sinuous, swinging request in the brilliant hit single "Call Me", the relaxed and groovy "Stand Up", with its sharp wind interjections which demand one's unerring attention, are typical for Green's style, just as is his almost disturbing capability to gain comfort from loneliness

("I'm So Lonesome, I Could Cry"). This rhythmically powered music can best be described as light, intensive, dynamic but never flashy ("Your Love Is Like The Morning Sun"). It finds its earthly culmination in soul (I'm Waiting) and spiritual depth.

Al Green reached his creative peak with the brilliant Call Me, the most inventive and assured album of his career. So silky and fluid as to sound almost effortless, Green's vocals revel in the lush strings and evocative horns of Willie Mitchell's superbly intimate production, barely rising above an angelic whisper for the gossamer "Have You Been Making Out O.K.." With barely perceptible changes in mood, Call Me covers remarkable ground, spanning from "Stand Up" -- a call to arms delivered with characteristic understatement -- to renditions of Hank Williams' "I'm So Lonesome I Could Cry" and Willie Nelson's "Funny How Time Slips Away," both of them exemplary fusions of country and soul. Equally compelling are the album's three Top Ten hits -- "You Ought to Be With Me," "Here I Am (Come and Take Me)," and the shimmering title cut. A classic.

4. I'm So Lonesome I Could Cry

2. Funny How Time Slips Away 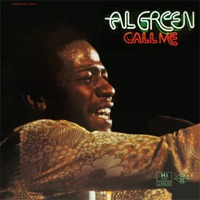