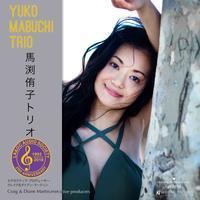 bass and drums rarely step out from a supporting role. When they do, it is lovely to hear. The recording is natural and neutral with a bullet. I hear no tinkering or sweetening that does not belong there. Definition is top notch. Ambient cues, imaging solidity, and airiness are state of the art. The soundstage is huge and lifelike and you will be drawn into it  I could easily hear the size of the venue.Though recorded live, the audience did not interrupt any of the performance and was well behaved. I really liked the “recorded before a live audience” vibe. Positive Feedback

180-gram vinyl, 45 RPM Note: This LP contains the first four numbers from the concert, not all eight appearing on the CD version.

Pianist Yuko Mabuchi, Del Atkins, bass, and Bobby Breton, drums, performed for a full house at the Brain and Creativity Institute's intimate Cammilleri Hall on March 31, 2017. Yarlung recorded this classic performance in this intimate jewel of a concert hall. Yuko, Del and Bobby performed as a cohesive unit, and subsequent concert bookings will no doubt spread their music around the world.

Jeff Wilson captures the spirit of this concert, and the sound of the Trio's debut Yarlung album, in his review for The Absolute Sound: "If Mabuchi's playing can be described as tasteful, economical, and lyrical, it should also be noted that her rapid single-note runs are impeccably executed. The performances benefit from an exceptionally realistic recording that stands out for its in-the-room ambiance and tonal clarity."

Other audiophiles and jazz buffs have praised Yuko's work in myriad publications. Positive Feedback's Robert H. Levy, posting to Yarlung News, enthuses "Yuko Mabuchi plays the ivories with the touch of an angel and the understanding of an artist many times her young age. She is backed by seasoned musicians with strong drive plus an acute sense of playing with and not over the pianist. This is Yarlung's third jazz album recorded like you wish all performances were recorded: Listening is just like being there. All that's missing here is the expensive tickets and sticky floor!" .

Dr. Antonio Damasio generously invited Yarlung back to the Brain and Creativity Institute's Cammilleri Hall at USC for this concert and recording. This is the gem of a concert hall designed by Yasuhisa Toyota and lovingly built by Antonio and Hanna Damasio, where Yarlung recorded its first jazz albums with the Sophisticated Lady jazz quartet.

1. What Is This Thing Called Love
2. Valse Noire
3. On Green Dolphin Street
4. Seriously