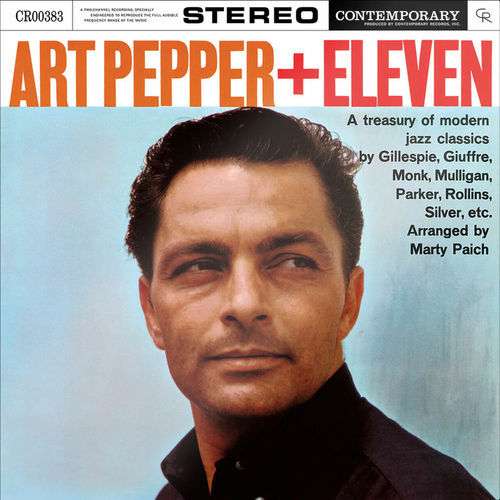 Craft Recordings has done a superior job in re-mastering . The stereo separation is excellent and the overall mix is balanced. In mostly three-minute performances, this all-star group of musicians effectively captures the agility of larger jazz bands with streamlined arrangements. The liner notes by Nat Hentoff are incisive and revelatory with fastidious detail. This would be a valuable addition to any jazz library.  Sound 4.5/5 Audiophileaudition

This album and the earlier Art Pepper Meets the Rhythm Section are surely the two most important sessions in Pepper's entire recording career. Even though Art had recorded in many big bands, this was the first time he did so as a leader, and every musician in town wanted to be involved. Marty Paich, chosen as arranger, was someone he'd already played with and felt comfortable with. Reflecting later on the date, which went like a dream, Art remarked that he had both chafed at and embraced the constrains a tightly-arranged big band placed on him as a soloist.

A true classic, Art Pepper + Eleven: Modern Jazz Classics finds altoist Art Pepper joined by an 11-piece band playing Marty Paich arrangements of a dozen jazz standards from the bop and cool jazz era. Trumpeter Jack Sheldon takes a few choice solos, but the focus is very much on Pepper who is in peak form, sounding quite inspired by Paich's charts — which feature the band as an active part of the music rather than just in the background. Highlights of this thoroughly enjoyable set include "Move," "Four Brothers," "Shaw ’Nuff," "Anthropology," and "Donna Lee," but there is not a single clunker to be heard. This special vinyl reissue is essential music for all serious jazz collections.