Hand-signed by Analogue Productions' owner Chad Kassem & Michael Fremer, Editor of Analog Planet, who recently received the Founders Award from the Society, their highest honor and the highest honor in North America.

The Record You Grab When You Want To Show Off Your System!

This is a great sampler!  Easy to recommend for the music and the consistently fine sound. Sound 10/10 Music 10/10   Michael Fremer www.analogplanet,com 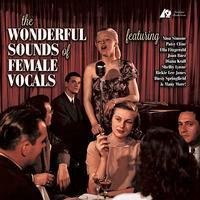