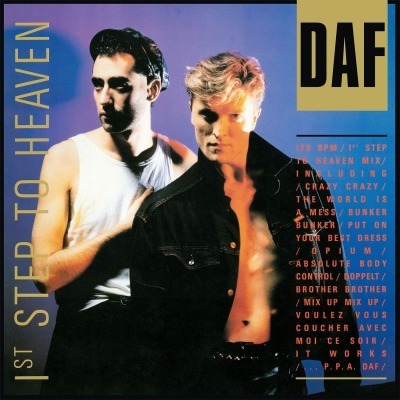 The band claimed not to target anything while writing lyrics, but to surround around Delgado-López's fascination with the sound of particular words. While recording their album Für Immer, the band split up. After four years the band got back together and released 1st Step To Heaven , which was (and still is) their only album in English.

DAF received a lot of acclaim after this release. John Peel called them “the Grandfathers of Techno” and House music pioneer Adonis stated that the album was “House before there was House”.

1st Step To Heaven is available as a limited edition