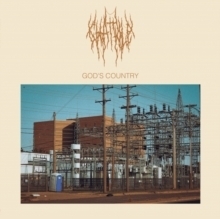 Chat Pile play a gritty, sludgy, and hardcore-influenced brand of noise rock. Having released a pair of well-recieved, now out-of-print EPs, the Oklahoma quartet have signed to The Flenser for the release of their debut 'God’s Country'.

There’s a sick irony to how a country that extols rhetoric of individual freedom, in the same gasp, has no problem commodifying human life as if it were meat to feed the insatiable hunger of capitalism. If this is American nihilism taken to its absolute zenith, then God’s Country, the first full length record from Oklahoma City noise rock quartet Chat Pile is the aural embodiment of such a concept.