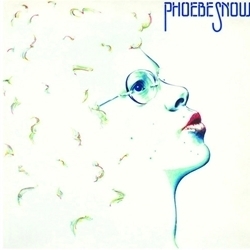 What this LP unveiled was a singer of remarkable versatility and impeccable taste, supported by superlative writing skills. At the height of the singer-songwriter phenomenon, she appeared with an album containing seven self-penned tracks, including the fascinating 'Poetry Man,' while featuring three covers that revealed her ability to sing blues, soul and jazz. The sound justifies the 'heavy vinyl at 45 RPM' treatment, thanks in part to legendary guest musicians, including my faves, The Persuasions." — Sound Quality: 90% - Ken Kessler, Hi Fi News,

The sound is full-bodied with a wonderful lifelike sense of space and air. Dagogo Review

Originally issued in 1974, Phoebe Snow's eponymous debut features nine extraordinary songs, seven of those written by a then 23-year-old Snow, including the smash hit single "Poetry Man," which served as the catalyst for her legendary career. Additional fare like the uptown blues number "Harpo Blues," with jazz great Teddy Wilson on piano and the soulful "I Don’t Want The Night To End" helped cement the album as an unequivocal classic.

The release also showcases Snow's skills as a first rate collaborator as heard on tracks like "No Show Tonight" with Traffic’s Dave Mason, "Either Or Both" with David Bromberg, and "It Must Be Sunday" with jazz superstars Bob James and Zoot Sims.

A soaring contralto, Snow was variously labeled a jazz, blues, pop, funk and gospel artist, depending on the record she released. As the New York Times noted, few popular singers of her generation combined the technical resources she commanded. She was a renowned interpreter of soul and rock classics, including the Temptations' "Shakey Ground," "Barbara Acklin's "Love Makes a Woman," the Buckinghams' "Mercy, Mercy, Mercy" and Aretha Franklin's "Do Right Woman, Do Right Man," which Snow sang with roof-raising power.
"Poetry Man," and its lilting guiltar-based melody from Snow's debut album catapulted Snow to fame. The song, with lyrics addressed to a married man, rose to No. 5 on Billboard's Hot 100, and the album went to No. 4 on the album chart. Released as the singer-songwriter movement was at the peak of its influence, the album led to a Grammy nomination for Snow as best new artist of 1974.
Reissuing this masterpiece to our Analogue Productions standards was a meticulous — and expensive — undertaking. Mastering Engineer Kevin Gray was called upon to put his superb skills to work bringing out the most delicate sonic details on this ultra-dynamic recording. As for the quality of the record itself, the name says it all.
This heavyweight platter from Quality Record Pressings is dead quiet — and smooth. Plating was also done in-house at QRP by master plating technician Gary Salstrom.
The mastering, the material, the artist, the pressing and the packaging — we're going all-out with an old-school tip-on gatefold jacket, the first time this album has been released as a gatefold — bring it all home to your turntable and your ears. It's Phoebe Snow — and she's never sounded better.
It's been said many times that being difficult to categorize or pigeonhole can be the kiss of death commercially, and no one bears that out more than Phoebe Snow -- a pearl of a singer who never caught on because she simply didn't fit neatly into any one category. Known primarily for her haunting single "Poetry Man," this self-titled classic (which was recorded in 1973 and released on LP in 1974) found the earthy vocalist drawing on everything from folk and pop to soul, jazz, and blues. If anyone has bridged the gap between Joni Mitchell and Aretha Franklin, it's Snow,