can be shipped within NOV PRE ORDER days 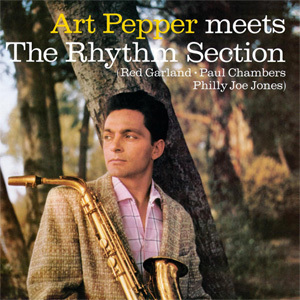 Each title, originally engineered by Roy DuNann and/or Howard Holzer, features all-analog mastering from the original tapes by legendary engineer Bernie Grundman (himself a former employee of the label), as well as unsurpassed audiophile pressing on 180-gram vinyl at Quality Record Pressings, presented in a Stoughton Printing old-style tip-on jacket.

.Art Pepper, alto sax; Red Garland, piano; Paul Chambers, Bass; Philly Joe Jones, drums. Album notes don't always tell the whole story. Contemporary president Les Koenig, who rightly felt that Art had yet to record with musicians who were his equal, wanted to take advantage of Miles Davis's quintet being in L.A. But Pepper hadn't been playing for several months, and his horn was in a state of disrepair.

To minimize anxiety, the session was kept secret from Art until the last minute. But Pepper always rose to a challenge: he taped to his dried-out cork, arrived for the date, and proceeded to record an album widely considered the most important of his career. This is an all tube recording from the mircophones to the tape machine..