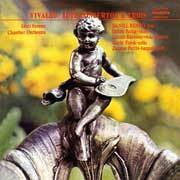 TAS Record To Die For  - Limited Edition - Pressed at RTI

It’s easy to take a musical talent like Daniel Benko for granted. Most of us don’t know enough about the lute to recognize the difficulty involved in playing it. Also, many Baroque groups make the music sound like sonic wallpaper, so a soloist’s virtuosity tends to go unnoticed. This often has to do with the conductor’s approach, but the distant sound found on many recordings of early music is also to blame. “Politically correct” original-instrument recordings of the digital era and the safe programming of “morning mood” FM radio-has also done little to make baroque music more interesting in our modern time. Every so often, however, a recording of Baroque music comes along that is worthy of notice. This excellent 1978 Hungaroton record featuring Daniel Benko and the Franz Liszt Chamber Orchestra is that kind of recording.

BoxStar has taken an already exceptional recording to a higher level of excellence. Utilizing the mastering talent of the legendary Bernie Grundman and his all-tube mastering system, this new 180-gram LP, mastered directly from the original Hungarian BASF master tape, sparkles with greater detail, sharper imaging and a better sense of live music making. Pressed on silent HQ vinyl, the music on this record transcends the stigma of “early music” and becomes a thrilling event for lovers of all music! 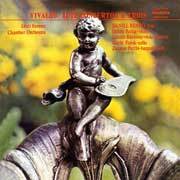