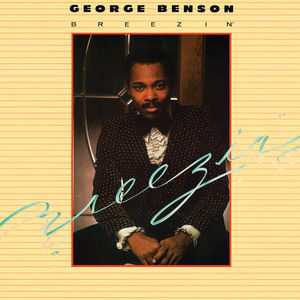 1976 was an incredible year for George Benson. Already a jazz veteran since the early '60s, the stars just seem to line up perfectly with his masterwork number one pop, soul, and jazz chart album Breezin’.

Cohesively picking some of the classiest tunes of all time, George started things off with Bobby Womack’s soulful groover and title track Breezin’. With Benson’s skillful octave riffing and his natural guitar prowess complemented by a masterful band and orchestra, it truly ushered in an avalanche of success for this legendary musician. The popular instrumental would go on to win a Grammy for the Best Pop Instrumental Performance in 1976!

Track Listing
1 Breezin'
2 This Masquerade
3 Six to Four
4 Affrimation
5 So This Is Love?
6 Lady