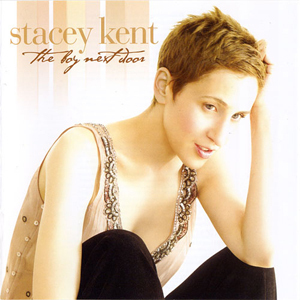 Ms Kent's album, "The Boy Next Door", is a heartfelt and reverent tribute to her musical heroes, which include legendary crooners Frank Sinatra and Dean Martin, octogenarian jazz master Dave Brubeck and Manhattan cabaret doyen Bobby Short. The stylish jazz chanteuse's repertoire also finds her working outside the Great American Songbook for the first time, with contributions from latter-day pop songwriters Burt Bacharach, Paul Simon and Carole King. Ms Kent puts her own indelible stamp on each number as she weaves her magic on a delectable collection of pop-jazz standards that encompass infatuation, seduction, love, loss and reminiscence.

At 16 tracks you certainly get your money's worth from this album, and there are no interruptions from long or inaccessible instrumental solos. If that's how you like your jazz, you'll love The Boy Next Door. Ms Kent's stepping out beyond the Great American songbook and there's no stopping her now. Go, Stacey!  - BBC Music

Stacy has always been about romantic ballads and standards. While this recording pre-dates my fave, the 2009, Dreamsville and is less lush and full in comparison. Even with the tinniest bit of occasional sibilance in the recording, for those of you committed to the unprocessed clarity of an acoustic recording, this recording works at every level.

Everyone on the recording (from her hugely talented husband, Jim Tomlinson, to David Newton) maintains that same precise, delicate support that characterizes all of her work. No pointless soloing, nothing drawn out past its absolute need.

"Que reste-t-il de nos amours?;" brings that whole sun-washed Gilberto thing back in spades. Yummy. Even the completely silly "Ooh-Shoo-Be-Doo-Bee" is touched sufficiently with her wry sensibility, that you know this is just for fun, and fun it is.

Ok, so my "issues" with Carole King and Jams Taylor, kinda make me skip over "You've Got a Friend," but hey, we all have our idiosyncrasies.

I could say that I recommend this disc, unreservedly, but that would be redundant; I recommend all of her discs. How many artists can you personally say that about? And she just gets better as you move through time to listen to her ever more recent releases. -Positive Feedback 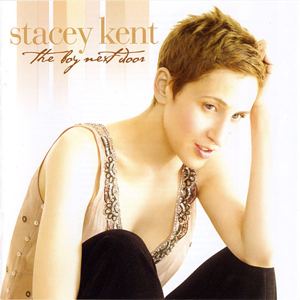 "Based upon the diversity of music, quality of product and their extraordinary rate of progress, Pure Pleasure Records is our re-issue record company of the year."
- hi-fi+
Audiophile Vinyl - Made in Germany  For over 60 years the family business in the third generation of the special personal service and quality "Made by Pallas" is known worldwide. Our custom PVC formulation produces consistently high pressing quality with the lowest surface noise in the industry. Our PVC complies with 2015 European environmental standards and does not contain toxic materials such as Lead, Cadmium or Toluene. Our vinyl is both audiophile and eco-grade!