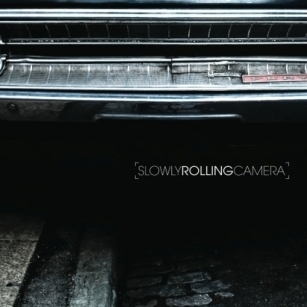 I visited the Gearbox vinyl mastering studio a while back and was very impressed with its dedication to vintage tube powered, analogue equipment. The fact that they use an Audio Note monitoring system might give you some idea of the degree of dedication to the cause. The efforts of this foursome are embellished by a string section, brass, guitar, synths and the aforementioned bull fiddle. They make a glorious sound on the eight tracks presented, the style is oft anthemic and the themes are generally straightforward but executed with considerable attention to detail. At the end of the day it’s the sound that takes the biscuit and to use contemporary parlance, it’s epic. TheEar

This debut from British four piece Slowly Rolling Camera has strong overtones of the Cinematic Orchestra, yet as that band is hardly prolific and it’s genre less than oversubscribed it’s great to hear something that has the same vibe. SRC is composer and keyboard player Dave Stapleton, electronica and ‘sound designer’ Deri Roberts, drummer Elliott Bennett and singer Dionne Bennet. They are joined by a string section, double bass, synths, guitar and sax and produce a glorious sound.
The recording is clearly compressed, the drums quite heavily so, which gives them a density reminiscent of Jaga Jazzist, among others. But this does nothing to undermine the power and luxuriance of this Gearbox mastering. The sleeve notes detail the all-analogue mastering equipment used by this obsessive label, including vintage Scully lathe and Westrex amps. This is the first contemporary release I’ve heard from Gearbox and it’s not disappointed. I hope that Jay Swinscoe of the Cinematics hears it and decides to up his game on the vinyl front. Another reason for the richness of sound is Bennett’s voice and songs; these bring the element of soul to the forefront and make the tunes more than aural wallpaper. Sound 9/10 Music 10/10 HI-FI +

Slowly Rolling Camera is a new project that teams pianist-composer Dave Stapleton, producer Deri Roberts, vocalist-lyricist Dionne Bennett and drummer Elliot Bennett. The result is music that has distinct echoes of the ‘invisible soundtracks’ of UK progressives Cinematic Orchestra and Portishead as well as the polychrome textures of maverick Scandinavian artists like Sigor Ros. The intricate deployment of glowing keyboard colours and shifting rhythmic patterns imbues tracks such as Temptation and Eight Days In with the kind of stark atmospheres that often define the best scores for both big and small screen. Stapleton’s keyboards and Elliot Bennett’s drums create a wide range of sharp, often crunching timbres that are augmented by Roberts’ artful electronic washes, but it is the presence of guest players, double bassist Jasper Hoiby, guitarist Chris Montague and saxophonist Mark Lockheart that significantly enriches the sound palette.

The orchestral scope of the project is epitomized by the lush, plaintive string charts that embellish tracks such as Coin. There is also Dionne Bennett’s measured, highly soulful vocal performance on 21 Nov and Rain That Falls, two gorgeously wistful songs that skillfully weave together understated but nonetheless resonant chord sequences and soaring crescendos.  Cinematic is instantly the word that comes to mind with delicate piano rising through basslines that flow with an effortless groove and electronics rippling around. It’s not long before guitars wash in and sweeping orchestration builds into the track as Dream A Life shifts in tone and reaches its climax. Vocals are prominent with Dionne Bennett’s beautiful voice perfectly punctuating what is a classy and incredibly atmospheric ‘demo’. It’s got a whole lot of soul, it’s sophisticated yet playful and with wonderful warm production and a satisfying level of detail already throughout, Slowly Rolling Camera is a band that is most certainly worth keeping your eye on. It’s almost too easy to draw comparisons with the Cinematic Orchestra, as well as other acts for that matter, but off the back of this one track it will be fascinating to hear what else they can create and hopefully, if it is to the standard set here, we’re in for an absolute treat. Have a listen again and then a look at that name, what images do you see? Personnel: Dionne Bennett; vocals Dave Stapleton: composer, keyboards  Deri Roberts: sound design, electronics, trombone, producer Elliott Bennett: drums, programming

Tracklisting: A1. Protagonist A2. Dream A Life A3. The Rain that Falls A4. Outside B1. Two Roads B2. Slowly Rolling Camera B3. Fragile Ground B4. Bridge 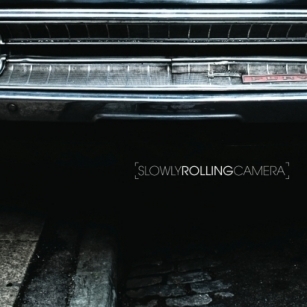