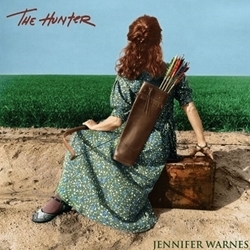 "Remastered by Chris Bellman at Bernie Grundman Mastering, the sonics are luscious. Warnes has always had an audiophile's ear and was hands-on with this effort - one of the last from now defunct Cisco Records. It soars effortlessly, restoring warmth and delicacy, and easily besting the earth-bound but otherwise excellent CD. It's an example of both an artist in full charge of her powers and analog art at its very best." - Greg Cahill, The Absolute Sound Magazine,

Sonic Monster This LP has many things going for it. Some great songs and deluxe packaging. One thing that strikes me about it is that there is monster bass and the sound is very warm. . Here it is in likely even better sound. Sound 5/5 LP Review

Jennifer Warnes The Hunter on 180g LP The Hunter was released five years after Jennifer Warnes' breakthrough with her critically acclaimed Leonard Cohen tribute, Famous Blue Raincoat. The Hunter is a varied affair that features songs from Todd Rundgren ("Pretending To Care"), The Waterboys ("The Whole Of The Moon"), Donald Fagen ("Big Noise, New York"), and mentor Leonard Cohen, who also guest appears on "Way Down Deep," as well as some of her own original material.

It's an example of both an artist in full charge of her powers and analog art at its very best." - Greg Cahill, The Absolute Sound Magazine,

'The Hunter' was released 5 years after her breakthrough with 'Famous Blue Raincoat'. A TOP 100 LP when first released in 1992, The Hunter's audiophile credibility is best summed up by Elliot Scheiner's Grammy nominated recording and mix. It contains the charting single "Rock You Gently," a sonically dense yet expansive cover of The Waterboy's classic "The Whole of the Moon," a soulful Jennifer Warnes/Leonard Cohen composition "Way Down Deep," Todd Rundgren's "Pretending to Care" and even a Donald Fagen tune ("Big Noise, New York"). She owns every tune here, backed by a-list session players who ground the songs with solid and unobtrusive authority, letting Jennifer's peerless interpretive skills bring the soul of every lyric to the forefront. Ms. Warnes uses her voice to serve the lyric and this allows the song to return the favor.

"The follow-up to Warnes' FBR offers crisp percussion cues, solid bass throughout - but especially during "Way Down Deep" - and a surprise chamber quartet on the title track" - Neil Gader, TAS Guide to Audiophile Demo Disc

6. The Whole of the Moon 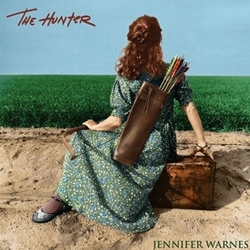