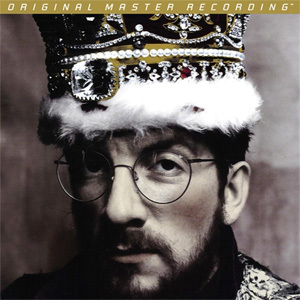 Credit, however, not only goes to the best batch of Costello originals since 1982’s Imperial Bedroom, but to the literally awesome and awe-inspiring cast of musicians Burnett invited to participate. Mastered from the original master tapes and pressed at RTI, Mobile Fidelity’s 180g LP of this masterpiece broadens the live-in-the-studio intimacy and opens up the midrange, highs, and lows of Burnett’s fabulously de-congested mix. Made with few overdubs or effects, King of America relishes organic approaches and faithful tones—as well as a vast spaciousness and balance not always evident on Costello’s efforts with the attractions. Finally, Mobile Fidelity transports the listener to the semicircle of players that surrounded Costello in the studio, and highlights the benefits of the center-of-the-production miking technique employed on the singer’s voice and guitar playing. Given the brilliance of the performances, every music fan will want to be brought as near as possible to the purity of these sessions.

A Hall of Fame-caliber list of instrumentalists accompany Costello, with Elvis Presley’s T.C.B. mates Ron Tutt (drums), James Burton (guitar), and Jerry Scheff (bass) forming one band and drummer Earl Palmer (Little Richard), bassist Ray Brown (Oscar Peterson, Duke Ellington), pianist Tom Canning, and organist Mitchell Froom ready in waiting as another. Several of these musicians formed yet another band, joined by drummer Jim Keltner of Bob Dylan, George Harrison, and John Lennon fame. Oh—and the Attractions make a guest appearance on one track. King of America—the title reflective of the threads of intentional, thought-provoking contradiction throughout—would be exemplary if just for the troupe. Yet it’s the combination of chemistry, ability, sonics, and tunes that propel this watertight platter to iconic status.

Unconcerned with writing a radio hit or adhering to a single musical theme, Costello wrote a majority of the material on acoustic guitar and on piano, tapping his pub-rock and folk roots in turning out songs that remain some of the catchiest, introspective, and deep of his career. Cuts such as “Indoor Fireworks,” “Poisoned Rose,” “Brilliant Mistake,” and “Suit of Lights” epitomize Costello’s inimitable manner of viewing adulthood, romance, and geographical transition through a transparent lens that blocks neither truth nor consequence. As for the music? It swings (vide, Scheff’s bass line on “Lovable”), swishes (Keltner’s brushes on “I’ll Wear It Proudly”), jumps (Brown’s string bass on “Eisenhower Blues”), swoons (“Poisoned Rose”), and shuffles (“Jack of All Parades”).

There’s truly not a bum track here, and now, experienced in such high fidelity, the genius of every contributor can be easily heard and felt. Akin to Mobile Fidelity’s other Costello reissues, this is not to be missed.

I compared this Mobile Fidelity reissue mastered from the original tapes to an original American pressing (Columbia FC 40173) mastered at Precision, San Francisco, an original UK F-Beat (ZL 70946) also sourced from a Precision S.F. lacquer cut, a later UK Imp/Demon reissue (FIEND 78) and finally to an original F-Beat Japanese pressing (RPL-8330). Luckily I really like this record!  The original American sounds surprisingly flat and somewhat grainy leading me to suspect the master was transferred to Sony 1630 and mastered digitally. The original UK F-Beat is less edgy and grainy probably because of better plating and pressing, the Imp/Demon lifeless and also screams “DIGITS”, while the Japanese pressing is very detailed, very quiet and somewhat drab as well as being bass-shy compared to the Mo-Fi. The Mobile Fidelity is better all around than any of the others. The guitars have greater transparency and transient clarity. Soundstage space is generous and deeper than on the other versions but most importantly, the grain found on most of the others is gone here. Bass is well-reproduced, particularly the kick drum, the snare is snappy and the acoustic guitars have great clarity without sounding unnaturally sharp. Sound 9/10 Analogue Planet

• Specially Plated and Pressed on 180 grams of High Definition Vinyl 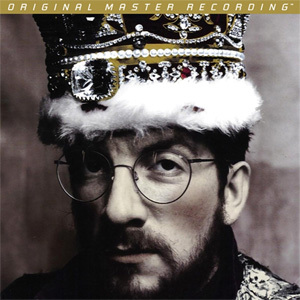