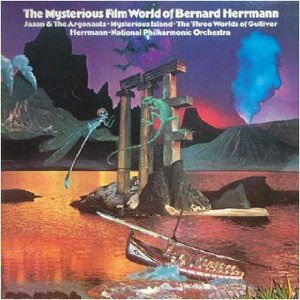 Bernard Herrmann is known for breathing life into movies through his wonderful compositions. One of Herrmann's most popular collection of film scores, The Mysterious Film World Of Bernard Herrmann
This 1975 Phase 4 recording, originally released on London Records, pairs Bernard Hermann with the National Philharmonic Orchestra.
Produced by Tim McDonald, this recording contains three stunning examples of film compositions which brought the fantasy of the movies closer to reality for millions of filmgoers. The three movies from Columbia Pictures are Mysterious Island, Jason And The Argonauts and The Three Worlds Of Gulliver.
Sit back and let this sonic experience transport you into another space and time.

Mastered by Bernie Grundman from the Original Analog Master Tapes!