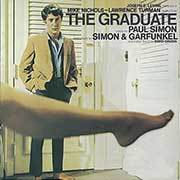 Its a audiophile treat worth indulging - Stereophile

"Packaged with Speakers Corner's usual attention to authenticity and quality, the sound is vintage analog, dynamically lively with a wonderful sense of depth to the band orchestrations." - Neil Gader, The Absolute Sound

This reissue by Speakers Corner Records on 180-gram vinyl has excellent surfaces and outshines my original Columbia recording. Soundstaging, bass extension, clarity, and harmonic richness are all significantly improved. The soundtrack was skillfully assembled from mostly remixed and edited successful pop tracks, with the best coming from Simon & Garfunkel, but I don’t think you’ll find better reproductions of my favorites, “Scarborough Fair” and “The Sound of Silence”, anywhere. The producer, Teo Macero, was also on board for some of Miles’ best albums and Dave Brubeck’s Time Out. - TAS 10 greatest Soundtracks

The soundtrack to Mike Nichols' 1967 masterpiece, The Graduate, alternates between Paul Simon's songs and pieces of Dave Grusin's deliberately naff Swingin' Sixties score. All of the former, with the exception of "Mrs. Robinson" and a negligible solo acoustic guitar rendition of "Scarborough Fair/Canticle," are available on Simon and Garfunkel's earlier albums.

Similar to Nelson Riddle's self-parodic work on Stanley Kubrick's Lolita, Grusin's instrumentals have a satiric edge that comments on the film's action.

"Packaged with Speakers Corner's usual attention to authenticity and quality, the sound is vintage analog, dynamically lively with a wonderful sense of depth to the band orchestrations." - Neil Gader, The Absolute Sound,

The soundtrack to this Oscar and Golden Globe winning film was put together from already existent, successful pop numbers. No words are really necessary about the music, since numbers such as "Sound of Silence," "Mrs. Robinson" and "Scarborough Fair" have entered into the annals of musical culture ever since they were used in the film.

It is astounding to note how seamlessly the various works fit snugly into the film's context, as though they had been specially written for the scenes. It catapulted Simon & Garfunkel right to the top of the list of ballad singers, and it also includes instrumental insertion numbers by Dave Grusin, who virtually fell into oblivion after all the hype about this provocative movie.

The soundtrack to Mike Nichols' The Graduate remains a key musical document of the late '60s, although truth be told, its impact was much less artistic than commercial (and, for that matter, more negative than positive). With the exception of its centerpiece track, the elegiac and oft-quoted "Mrs. Robinson" -- which only appears here as a pair of fragments -- the Simon & Garfunkel songs that comprise much of the record (a series of Dave Grusin instrumentals round it out) appeared on the duo's two preceding LPs; Nichols' masterstroke was to transplant those songs into his film, where they not only meshed perfectly with the story's themes of youthful rebellion and alienation (and the inner life of the central character, Dustin Hoffman's Benjamin Braddock) but also heralded a new era in movie music centered around the appropriation of past pop hits, a marketing gimmick that grew exponentially in the years to follow.
The Graduate soundtrack, then, merits the dubious honor of being the earliest and one of the most successful Hollywood repackagings of "found" pop songs, a formula essentially based around coercing fans to purchase soundtrack albums filled with material they already own in order to acquire the occasional new track or two.
The album began its life because of Nichols' enthusiasm for the duo's music, and Columbia Records chief Clive Davis' ability to persuade the pair of the importance of a soundtrack LP. Davis turned the actual making of the album over to producer Teo Macero, who approached it with skepticism -- Paul Simon and Mike Nichols had discovered that they really weren't on the same page, with Nichols rejecting "Overs" and "Punky's Dilemma," songs that ended up as highlights of the Bookends album, issued two months after The Graduate soundtrack. Thus, there wasn't enough Simon & Garfunkel material to fill even one LP side, and only about eight minutes of that were "new" recordings, and barely a quarter of that (the "Mrs. Robinson" fragments) new song material. And there also wasn't enough of David Grusin's instrumental music (none of which meshed with the duo's work) for an album. Macero combined this material into a musically awkward LP that somehow did its job -- which, in Davis' eyes, was to introduce Simon & Garfunkel's music to the parents of their existing audience (topping the charts in the bargain, and turning Grusin's "Sunporch Cha-Cha-Cha" into a favorite of easy listening stations). Fans of Simon & Garfunkel likely felt cheated by the presence of the "Mrs. Robinson" fragments, as well as repeats of the 1966-vintage "The Sound of Silence" and "April Come She Will," and an edited extension of "Scarborough Fair/Canticle."
But there were two curiosities for the completist -- a high-wattage, edited rendition of "The Big Bright Green Pleasure Machine" (in a style seemingly parodying the sound of Bob Dylan's Highway 61 Revisited); and a gentle, subdued acoustic reprise of "The Sound of Silence," which was possibly the best studio rendition the duo ever gave of the song.
"Packaged with Speakers Corner's usual attention to authenticity and quality, the sound is vintage analog, dynamically lively with a wonderful sense of depth to the band orchestrations." - Neil Gader, The Absolute Sound

1. The Sounds Of Silence - Simon And Garfunkel

6. On The Strip - David Grusin

7. April Come She Will - Simon And Garfunkel

14. The Sounds Of Silence - Simon And Garfunkel 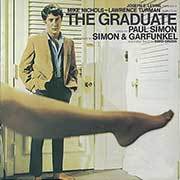 20 Years pure Analogue
Are your records completely analogue?
Yes! This we guarantee!
As a matter of principle, only analogue masters are used, and the necessary cutting delay is also analogue. All our cutting engineers use only Neumann cutting consoles, and these too are analogue. The only exception is where a recording has been made – either partly or entirely – using digital technology, but we do not have such items in our catalogue at the present time
Are your records cut from the original masters?
In our re-releases it is our aim to faithfully reproduce the original intentions of the musicians and recording engineers which, however, could not be realised at the time due to technical limitations. Faithfulness to the original is our top priority, not the interpretation of the original: there is no such thing as a “Speakers Corner Sound”. Naturally, the best results are obtained when the original master is used. Therefore we always try to locate these and use them for cutting. Should this not be possible, – because the original tape is defective or has disappeared, for example – we do accept a first-generation copy. But this remains an absolute exception for us.
Who cuts the records?
In order to obtain the most faithful reproduction of the original, we have the lacquers cut on the spot, by engineers who, on the whole, have been dealing with such tapes for many years. Some are even cut by the very same engineer who cut the original lacquers of the first release. Over the years the following engineers have been and still are working for us: Tony Hawkins, Willem Makkee, Kevin Gray, Maarten de Boer, Scott Hull, and Ray Staff, to name but a few.
At the beginning of the ‘90s, in the early days of audiophile vinyl re-releases, the reissue policy was fairly straightforward. Companies such as DCC Compact Classics, Mobile Fidelity, Classic Records and others, including of course Speakers Corner, all maintained a mutual, unwritten code of ethics: we would manufacture records sourced only from analogue tapes.
Vinyl’s newfound popularity has led many other companies to jump on the bandwagon in the hope of securing a corner of the market. Very often they are not so ethical and use every imaginable source from which to master: CDs, LPs, digital files and even MP3s.
Even some who do use an analogue tape source employ a digital delay line, a misguided ’80s and ‘90s digital technology that replaces the analogue preview head originally used to “tell” the cutter head in advance what was about to happen musically, so it could adjust the groove “pitch” (the distance between the grooves) to make room for wide dynamic swings and large low frequency excursions. Over time analogue preview heads became more rare and thus expensive.
So while the low bit rate (less resolution than a 16 bit CD) digital delay line is less expensive and easier to use than an analogue “preview head”, its use, ironically, results in lacquers cut from the low bit rate digital signal instead of from the analogue source!
Speakers Corner wishes to make clear that it produces lacquers using only original master tapes and an entirely analogue cutting system. New metal stampers used to press records are produced from that lacquer. The only exceptions are when existing metal parts are superior to new ones that might be cut, which includes our release of “Elvis is Back”, which was cut by Stan Ricker or several titles from our Philips Classics series, where were cut in the 1990s using original master tapes by Willem Makkee at the Emil Berliner Studios. In those cases we used only the original “mother” to produce new stampers.
In addition, we admit to having one digital recording in our catalogue: Alan Parsons’ “Eye in the Sky”, which was recorded digitally but mixed to analogue tape that we used to cut lacquers.
In closing, we want to insure our loyal customers that, with but a few exceptions as noted, our releases are “AAA”— analogue tape, an all analogue cutting system, and newly cut lacquers.
PALLAS
Audiophile Vinyl - Made in Germany  For over 60 years the family business in the third generation of the special personal service and quality "Made by Pallas" is known worldwide. Our custom PVC formulation produces consistently high pressing quality with the lowest surface noise in the industry. Our PVC complies with 2015 European environmental standards and does not contain toxic materials such as Lead, Cadmium or Toluene. Our vinyl is both audiophile and eco-grade!
In closing, we want to insure our loyal customers that, with but a few exceptions as noted, our releases are “AAA”— analogue tape, an all analogue cutting system, and newly cut lacquers.