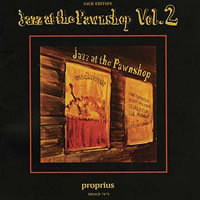 When recording engineer Gert Palmcrantz was loading his car with equipment outside Europa Film Studios in Stockholm, Sweden on December 6, 1976, it was only to make one of many recordings. No one really knew then that it was to become a cult recording among audiophiles and one of the most famous and respected jazz recordings ever made. One third of the total recorded material was first released as a double LP, which was soon hailed as a landmark recording among jazz enthusiasts and audiophiles. During 1990-2001, the same material was released on SACD, HDCD and XRCD and the essential parts from the total recording sessions on three different CDs. In 2005, around 70 minutes of the original double LP was transferred to 4.0 Surround Sound SACD on Proprius. This second volume, transferred into SACD format, includes tracks from the original CD, Volume 2 and Volume 3, together with two tracks from the original double LP.