Van Morrison - His Band and the Street Choir - 180g LP 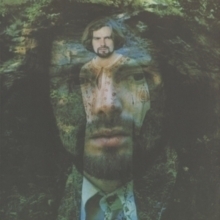 Mastered from the original analog master tapes by Kevin Gray at AcousTech Mastering and pressed on 180-gram vinyl.

Featured as one of the 'Records to Die For' in the February 2011 issue of Stereophile!

Van Morrison's 1970 release "His Band and The Street Choir" had a more relaxed sound than its predecessor "Moondance." This release was just one of many critically acclaimed releases for the equal parts blue-eyed soul shouter and wild eyed poet sorcerer.

"Once the needle drops, it's as if the music is being piped in from the heavens. Vocals are lifelike, levels non-fatiguing, and instruments richly detailed." - Bob Gendron, The Absolute Sound, April/May 2009

Equal parts blue-eyed soul shouter and wild-eyed poet-sorcerer, Van Morrison is among popular music's true innovators, a restless seeker whose incantatory vocals and alchemical fusion of R&B, jazz, blues and Celtic folk produced perhaps the most spiritually transcendent body of work in the rock & roll canon. While a notoriously difficult and eccentric figure whose steadfast rejection of commercial trends and industry fashions kept him absent from the pop charts for decades at a stretch,

Morrison nevertheless enjoyed a massive cult following that grew exponentially throughout the course of his lengthy and prolific career. Subject only to the whims of his own muse, his recordings cover extraordinary stylistic ground yet retain a consistency and purity virtually unmatched among his contemporaries, connected by the mythic power of his singular musical vision and his incendiary vocal delivery: spiraling repetitions of wails and whispers that bypass the confines of language to articulate emotional truths far beyond the scope of literal meaning.