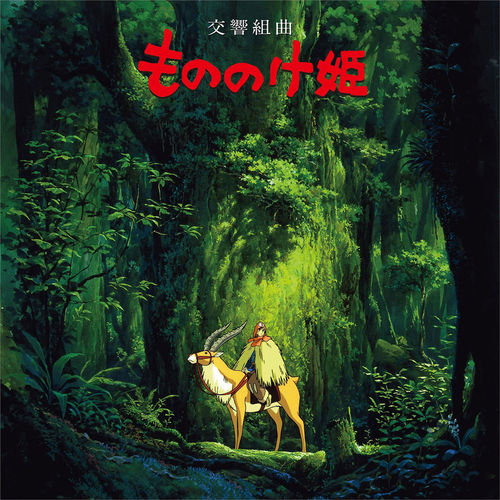 Following the popular LP releases of Nausicaa Of The Valley Of The Wind, Castle In The Sky, My Neighbor Totoro, Kiki's Delivery Service and Porco Rosso, Princess Mononoke is finally coming out on LP.

remastered, with new deluxe artwork and liner notes. Furthermore, these three scores have never been released on vinyl before.

Please enjoy the beauty of the artwork and rich sound of this vinyl record.

Symphonic Suite album which Joe Hisaishi newly recorded ''Princess Mononoke'' as a suite with Czech Philharmonic the year after the movie release.