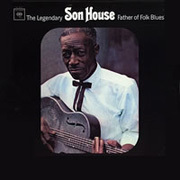 Muddy Waters' Folk Singer wasn't the only blues LP recorded with the due care rarely shown to albums in the genre, prior to the revival. Son House's rediscovery in the early 1960s reads like a Hollywood script, but all of the elements are there to make you realize that this John Hammond-produced LP, 50 years on, was one of the most important. Just House and his bottleneck acoustic guitar: his sheer presence must has been terrifying to those unfamiliar with the intensity of rural, unamplified blues. Every track is astounding, but skip straight to the voice-only 'John The Revelator' for an instant taste of House's abilities to captivate. And he lived long enough, too, to savor his renaissance." — Sound Quality = 92% - Ken Kessler, HiFi News,

If you buy this record and play it on one of those cheap turntables I feel sorry for you. you will be missing the warmth and clarity on this stunner.If there is a fault with this record I can't find it. from the sound to packaging it is absolutely flawless. 5/5 LPReview

One of the truly great audiophile blues recordings of all time!

The "Father of the Delta Blues" recorded this namesake LP for Columbia Records a year later in 1965. It's become, in the words of Living Blues magazine — "Essential recordings by one of the greatest bluesmen ever." And now, Analogue Productions presents a reissue unmatched in sonic quality and luxury presentation. For our version we turned to Ryan Smith at Sterling Sound to remaster the recording from the original master tapes.

The freshly cut lacquers were then plated and pressed on 200-gram vinyl by our own Quality Record Pressings. The Hybrid Stereo SACD version was authored for SACD by Gus Skinas at the Super Audio Center in Boulder, Colo. 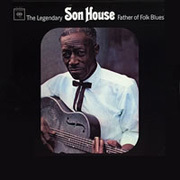