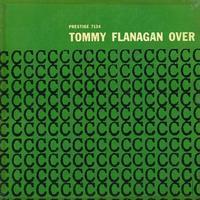 "Overseas is very well recorded and the trio is well defined in a space with stereo-like width and depth. Kevin Gray's remastering of the mono LP is exceptional." — Recording = 8.5/10; Music = 9/10 — Dennis D. Davis, Hi-Fi +

It's like hearing a tape. Once I heard it, I immediately realized why this record was fast selling out; this release renders this recording in breathtaking realism--that explained why people were snatching this records up like hot cakes. This might be your last chance to get a copy so don't wait .-LPR

Overseas is a runaway win. I’m glad it found me.- Sound 5/5 Hifedity

Originally released in 1957, pianist Tommy Flanagan's appropriately titled debut album as a leader was recorded overseas in Stockholm, Sweden during his tour with the Jay Jay Johnson quintet which also included bassist Wilbur Little and drummerElvin Jones. In addition to the crafty calypso swinging original "Eclypso," the 9-song set features excellent readings of  Billy Strayhorn's "Chelsea Bridge" and Charlie Parker's "Relaxin' at Camarillo" among others.

When Jay Jay Johnson toured Sweden in the summer of 1957, his pianist, Tommy Flanagan, drew accolades. Flanagan’s playing on Miles Davis’ tunes such as "Vierd Blues," and "In Your Own Sweet Way" had made hipper Swedes already aware of his abilities.

Among these were executives for Metronome Records, and the result was Flanagan’s first recording date under his own name, in Stockholm on Aug. 15, 1957. Flanagan later in his career became known as the "Jazz Poet," an artist whose consummate lyricism and remarkably smooth swing feel have long captivated listeners. Happily, the complex, pliant lines, the rhythmic snap, and that great taste in tunes were already in place when the Detroit-born, Bud Powell-influenced Flanagan arrived in New York in the late 1950s. No wonder he soon played and/or recorded with Miles Davis, Sonny Rollins, J.J. Johnson, and others. 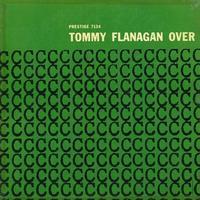