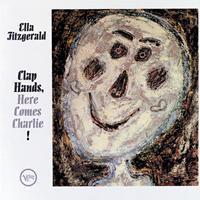 "Back in the 1990s original Verve pressings of this record were hot items pushed into prominence in great part by write-ups in The Absolute Sound, particularly by my friend Frank Doris. I found a few, and even a few in pretty good condition, but none of them begin to compare to this double 45 RPM set that offers more of everything, particularly transparency and instrumental separation. ... TAS

Ella's on a microphone with a slightly rising high end but if it sounds icy, don't blame the recording or the mastering. It's your system. If it's well-balanced and your cartridge is a good tracker, the vocal transparency and clarity are spooky and the sibilant articulation is precise. These double LPs cut at Sterling Sound use the original tapes, not copies of the original tapes and the clarity and transparency coupled with QRP's drop-dead silent pressings are remarkable. The original pre-MGM buyout LP has a pleasingly nostalgic quality and the added warmth produces a bit more room sound, but in my opinion it can't compare to this reissue unless you like hearing things through rose-tinted loudspeakers. Elegantly produced, arranged and recorded and easy to recommend ..." Music = 9/11; Sound = 9/11 - Michael Fremer, AnalogPlanet

These are all truly classic Verve titles that you simply don't want to miss...most importantly, the sound of these reissues is nothing short of astounding. Particularly the early Billie and Ella mono records are incredible treasures of sonic beauty. I'd definitely ask Santa for the whole set, or, if you want to cherry pick, the most classic titles. Whatever you decide, you owe yourself at least a half dozen!" 2 Positive Feedback Online Writers' Choice Award -

Fourteen numbers from the heyday of swing, composed sometime between 1930 and 1945 - played and sung time and time again in ballrooms, or on the radio to advertise biscuits or war bonds, were recorded by Ella in completely new and personal interpretations in 1961. No one should be put off by the rather unfortunate cover. Clap Hands... is absolutely top notch as regards musicality, perfect recording quality, superb accompaniment by a small ensemble, with room for improvisations; it offers a wonderful opportunity to discover something new in these evergreens, despite the occasionally banal lyrics. The songs of this recording conjure up bygone days, with listeners in the 21st century being offered a highly personal homage to one of the most successful periods in the 100-year history of jazz. 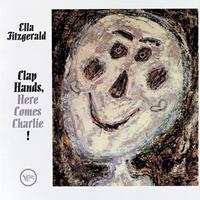