Counting Crows - August And Everything - SACD 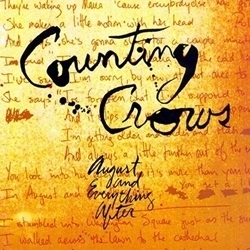 But the most important factor will always be the source tapes. Analogue Production liner notes make no reference to the source tapes. However, I have little doubt the original master tapes were used (some tape hiss is audible). the SACD had a slightly warmer tone. I feel comfortable in suggesting the same source tapes were utilized  both Analogue Productions . This SACD similarly exhibits the same high standards in sonics. Counting Crows have released several fine albums over the last 20 plus years but "August and Everything After" stands above all. I have no qualms calling it a classic and the excellence in sound of this SACD from Analogue Productions makes it an all-out recommendation. - Sound 5/5 HRAudio

By the time the Counting Crows signed to Geffen in 1993, they had already built up a significant fanbase which payed large dividends upon the release of their debut album August And Everything After later that same year. Produced by the-one-and-only T-Bone Burnett, the album climbed all the way to #4 on the Billboard 200 charts thanks to the trio of hits "Mr. Jones," "Rain King" and "Round Here," selling over seven million copies in the U.S. alone in the process.

Rated #67 of the '100 Best Albums of the Nineties' by Rolling Stone: "An artfully crafted, intimate song cycle, August and Everything After seemed to explode on impact. Vividly produced by T Bone Burnett, its post-punk bleakness married to old-school rock influences, August became that rare album over which both alterna-kids and classic rockers could bond." "We were fortunate that this was recorded to analog in an age that had many digital recordings,"  August and Everything After as "one of the better albums in the entire '90s," with a timeless vibe and classic pop sound. Although recorded to audio tape, the album was originally mastered for CD and featured a longer playing time than a standard LP.  Thus Analogue Productions has reissued August and Everything After as a double LP set and Hybrid SACD to maximize the dynamic range of this recording. This is the first time that the 'Crows multi-platinum smash has been released on SACD. Mastered by Ryan Smith at Sterling Sound.

When the prevailing guitar jingle of "Mr. Jones" cascaded over radio in the early '90s, it was a sure sign that the Counting Crows were a musical force to be reckoned with. Their debut album, August and Everything After, burst at the seams with both dominant pop harmonies and rich, hearty ballads, all thanks to lead singer Adam Duritz. The lone guitar work of "Mr. Jones" coupled with the sweet, in-front pull of Duritz's voice kicked off the album in full force. The starkly beautiful and lonely sounding "Round Here" captured the band's honest yet subtle talent for singing ballads, while "Omaha" is lyrically reminiscent of a Springsteen tune.
The fusion of hauntingly smooth vocals with such instruments as the Hammond B-3 organ and the accordion pumped new life into the music scene, and their brisk sound catapulted them into stardom. On "Rain King," the piano takes over as its aloof flair dances behind Duritz with elegant crispness. The slower-paced "Raining in Baltimore" paints a perfectly gray picture and illustrates the band's ease at conveying mood by eliminating the tempo. Most of the songs here engage in overly contagious hooks that won't go away, making for a solid bunch of tunes. Containing the perfect portions of instrumental and vocal conglomeration, the Counting Crows showed off their appealing sound to its full extent with their very first album.
Thus Analogue Productions has reissued August and Everything After as a double LP set to maximize the dynamic range of this recording. This is the first time that the 'Crows multi-platinum smash has been released in the U.S. as an LP. Mastered by Ryan Smith at Sterling Sound."  This is how rock music should sound like and how you should experience it. With full impact and glory of the medium. Do not miss Counting Crows it sets a milestone that sets a bar so high for decades to come. Both musically and production wise.Analog was and still is the preferred medium not only for my late night listening pleasure, but for my critical listening of gear to test and review. This feels like an art. Dead quiet vinyl, clean and clear pressing, with right pace, expertly mastered Mastered by George Marino and Ryan Smith at Sterling Sound. - MonoandStereo Review
Like with best wine, hand rolled chocolates from finest Peru cocoa that you treat yourself once per month or even a year these two releases feels exactly extraordinary. They are not just an audiophile embracing albums, but a true joy for any music lover and analog fan. A clear recommendation and both albums received the Mono & Stereo Strictly Vinyl Analog award.

Counting Crows August And Everything After 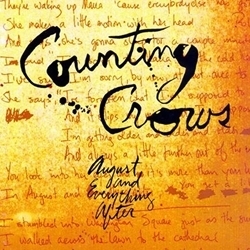