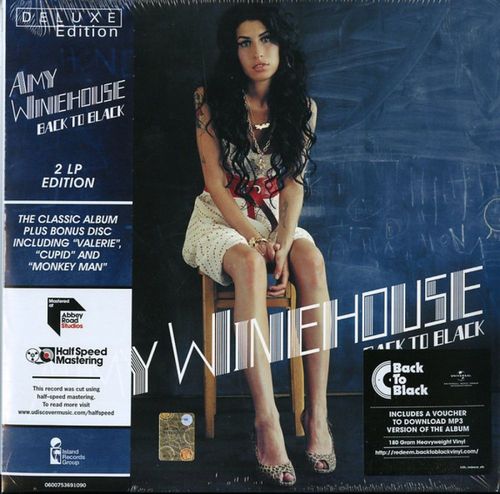 Released in October 2006, Back to Black is the second studio by Amy Winehouse. It won Best Pop Vocal Album in February 2008 at the 50th Annual Grammy Awards in LA with the single “Rehab” winning Record of the Year and Song of the Year and Amy herself picking up two more awards Best New Artist, Best Female Pop Vocalist for “Rehab.” The album produced several singles, including "Rehab," "You Know I'm No Good," "Back to Black," "Tears Dry on Their Own," and "Love Is a Losing Game." A Deluxe Edition 2xCD of Back to Black was released in November 2007, containing a bonus disc of B-sides, rare, and live tracks including “Valerie,” “Cupid” and “Monkey Man.”
This 2xLP 10th anniversary vinyl set contains all the tracks from Deluxe Edition CD, the original album, plus many of which appear on vinyl for the first time.