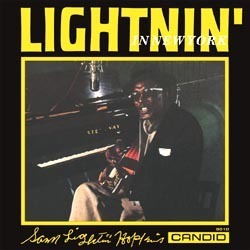 Wowsa. This is one GREAT album!…I think when you hear this record you’ll get a good idea why I am so smitten with the blues…For what it’s worth, this Pure Pleasure release destroys the UK Barnaby issues…Highest recommendation.” Recording = 9.5/10 Music = 10/10 – Richard Foster, Hi-Fi+, Issue 41,

I was amazed then and am now. My intermediate efforts at capturing his music (via Cd) have been failures. This is the real deal, amazingly engaging acoustic blues. Sound 5/5 LP Review

Another incredible Lightnin' Hopkins performance, this one with the man on vocal, guitar and piano. Recorded at Nola Penthouse Studios in New York City in November of 1960. Reissue mastered from the original analog master tapes by Ray Staff at Alchemy. Pressed on 180-gram vinyl by Pallas.

This is another in Pure Pleasure's Candid Series, featuring reissues from an incredible label that met its demise some 40 years ago. The American Candid label has achieved a near legendary status among the critics and the International jazz and blues public. The series was born in 1960 when Archie Bleyer, owner of the Cadence label decided to indulge his love of jazz and blues and create his own line - called Candid. Archie approached Nat Hentoff - a likeable and knowledgeable critic, author and journalist active in New York at the time. Hentoff accepted the challenge of producing the albums and history was made. However, the label went out of business in 1961 and remained that way for a quarter of a century. Then Alan Bates acquired the masters and renamed his Black Lion Productions company Candid. Bates made the Candid titles available again on CD. These Candid titles were very well recorded and the performances generally are stunning. Great sound and music.

“Wowsa. This is one GREAT album!…I think when you hear this record you’ll get a good idea why I am so smitten with the blues…For what it’s worth, this Pure Pleasure release destroys the UK Barnaby issues…Highest recommendation.” Recording = 9.5/10 Music = 10/10 – Richard Foster, Hi-Fi+,

This trio of Hopkins recordings absolutely belongs in every audiophile's music library. Pure Pleasure Records in particular, deserves special mention for unearthing yet another musical and sonic gem, this time from the vaults of Candid Records vaults, and releasing a stunning sounding record.

Each of the recordings couldn't have been more different sonically! Lightnin' in NY is a very close-up recording and the darkest sounding of the group. To its credit, instruments possess an incredible sense of dimensionality and Hopkins sounds like he is standing in the listener's room. Hopkins voice is incredibly smooth but a bit of an upper bass boost colors and thickens his distinctive baritone voice.

Lightnin' Hopkins in New York is once again available in vinyl format courtesy of UK-based Pure Pleasure Records. Lightnin' in NY was remastered from the original analog tapes by Ray Staff at Alchemy Mastering in London, UK. The master tapes were played back on a Studer A80 Mk. 2 machine with preview heads and mastered on a Neumann VMS82 lathe equipped with a Neumann SAL74 cutter head feeding Neumann SX74 cutter amplifiers. The records were pressed on 180 gm vinyl at the Pallas plant in Diepholz, Germany. While Staff isn't exactly a household name in the US vinyl remastering market, he is a veteran of the engineering console having worked with and mastered albums from Led Zepellin, David Bowie, Elton John, Cat Stevens, Genesis, Van Morrison, not to mention many audiophile record labels. In fact in a 2004 interview in Resolution magazine, Staff averred that "80% of Alchemy's mastering output is vinyl," and "he is cutting more vinyl than he was ten years ago and that the UK remains something of a lathe capital of the world." 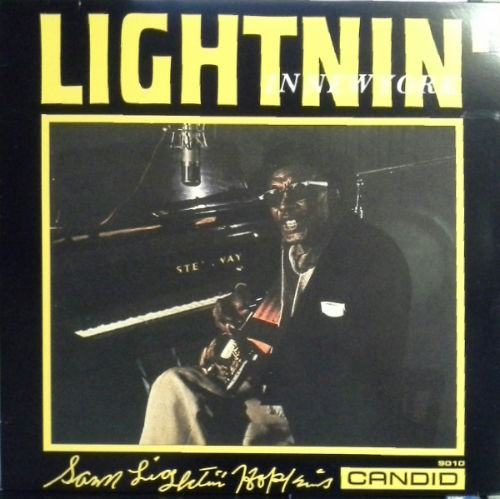