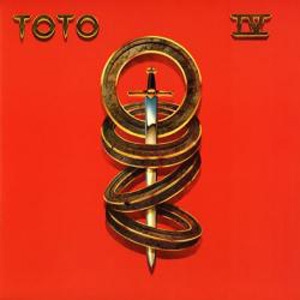 Superb Sound Quality This is an over the top superb sounding record! Speaker's Corner is very impressive. This is definitely the one to buy. Incredible Detail 5/5 LPreview

Anyone who gives the dull name “Four” to their rock album must either be very sure of success or already have resigned. The group Toto may well have experienced such extremes as there was an enormous cleft between their amazing financial success and the crushing negative opinions voiced by the critics. Billboard criticised the superficial lyrics as being void of any sort of emotional weight while the Los Angeles Times aimed their fire at the musicians themselves, slamming them as dubious artists with a commercialised mentality.

To this Toto struck back with their fourth album, which was an unparalleled success and brought them six Grammy awards. For a whole ten months "Africa" reigned at Number 1 on the charts and together with the super-hit "Rosanna" the two smash hits were a constant presence, backed up by a collection of impressive rock classics. A trip to the record shop is all that is needed to prove that this is unlikely to change in the near future. The bright red cover with its depiction of a sword will catch your eye, as though saying: It’s got to be the Fourth!

While already having a successful series of gold and platinum albums to their credit, Toto IV catapulted Toto into major superstar status as they accumulated a ton of Grammy Awards in 1983 including Record Of The Year ("Rosanna"), Album Of The Year and Producer Of The Year.

Upon its release in 1982, Toto IV flew to the top of the charts with the power rocker "Rosanna." Filled with its catchy hooks, brilliant vocal and guitar work from maestro Steve Lukather, and the familiar Bobby Kimball high energy duo lead vocals, this amazing single has become a classic rock staple. Adding James Pankow's (Chicago) horn charts, and the funky piano work from David Paich, the song truly resonated with its huge audience, and broke wide open the importance of both the band and their great new album.

Produced by Toto (David Paich, Steve Lukather, Jeff Porcaro, Steve Porcaro, Bobby Kimball, David Hungate) Toto IV was a watershed venture for the band as its ten champion tunes have all truly stood the test of time. Aside from the massive top charting "Rosanna" there were more classics abound like the beautiful power ballad "I Won't Hold You Back," the rocking fare of "Good For You" and the huge number one smash "Africa." Filled with imagery and a feel good tropical rhythm, "Africa" helped bring in the gold and platinum even further as Toto IV was a historic achievement for this amazing L.A. quintet. 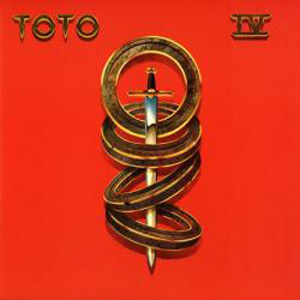